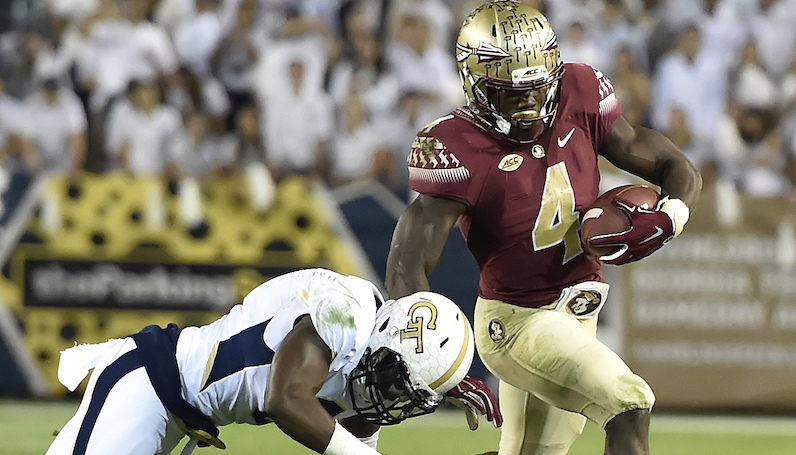 Gowdy is ranked as the No. 311 overall prospect in the 2020 class by 247 Sports, and the No. 54 wide receiver. Back in May, he took an official visit to Georgia Tech’s campus.

A little later in the evening, another ACC program landed a teammate of Gowdy — when 4-star running back Jaylan Knighton committed to Florida State.

The 20th commit in Florida State’s strong 2020 class, Knighton lands in the top 100 of 247 Sports’ composite rankings. Formerly an Oklahoma commit, Knighton is a top-five all-purpose back. He had offers from plenty of powerhouse programs, including Ohio State, Alabama and Miami. He visited Ohio State last month, too.