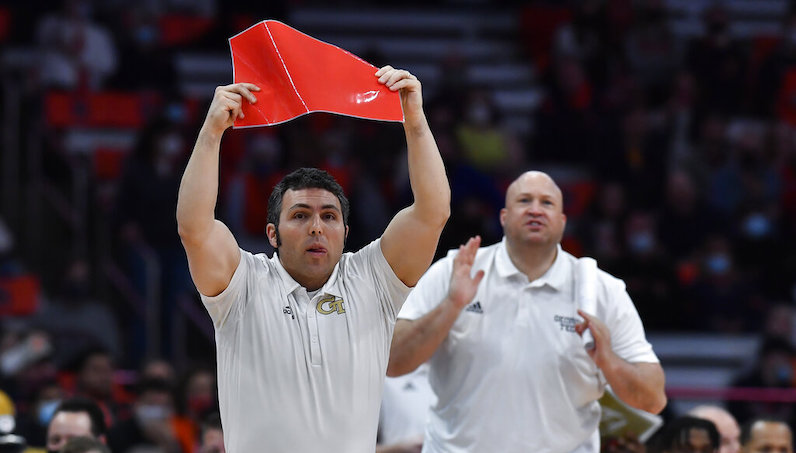 Blue Cain, one of the top shooting guards in the 2023 recruiting class, has committed to Georgia Tech. Cain, a Top 100 prospect, in Georgia Tech’s first 2023 commitment.

“It’s a family over there.”

Cain plays with a good feel for the game, adding a smooth shooting stroke and some secondary playmaking abilities to Josh Pastner’s offense, which features plenty of ball-screen actions, along with high-post Princeton/point series sets.

247 Sports composite ranking has Cain as the No. 16 shooting guard in the 2023 class and the No. 2 overall prospect in the state of Tennessee.

Duke, UNC get in the running for 4-star 2024 center James Brown