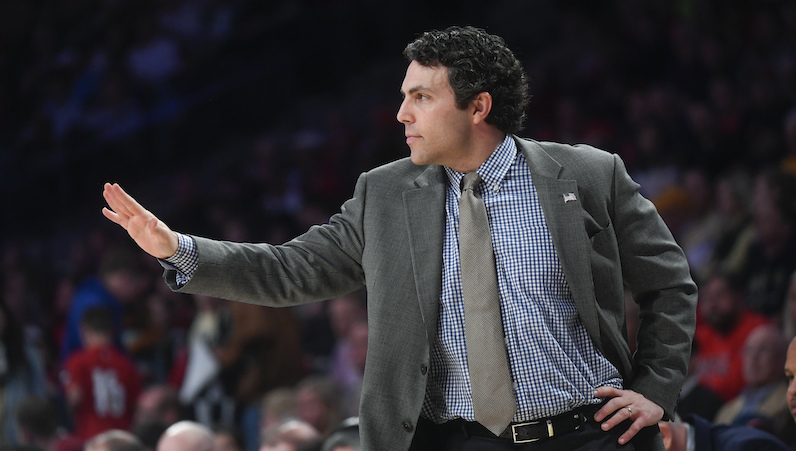 After a long investigation by the NCAA, Georgia Tech Basketball finally received its notice of allegation in February. And on Thursday, we finally learned Georgia Tech’s punishment: the Yellow Jackets have been banned from playing in the 2020 NCAA Tournament. This postseason ban will also include the 2020 ACC Tournament, too.

It’s more than just the postseason ban for the Yellow Jackets, though. Georgia Tech has been placed on probation for four years; the program will also lose one scholarship for every year of probation. According to Ken Sugiura of the Atlanta Journal-Constitution, severe recruiting restrictions will also be put into place. Those restrictions will run throughout the probation period.

All of this can be traced to violations that took place under head coach Josh Pastner.

BREAKING: The NCAA has banned Georgia Tech from the 2020 NCAA Tournament because of violations that happened within Josh Pastner’s program.

The February NOA included three recruiting violations — committed by former assisted coach Darryl LaBarrie, who resigned in February 2018. The third violation can be traced to Ron Bell, the former friend of Pastner. After a public falling out with Pastner in 2017, Bell — who was later accused of extortion with regard to Pastner — released evidence that he provided former Tech players Josh Okogie and Tadric Jackson a package with “shoes, clothing, meals and travel expenses” — which totaled more than $1,400.

Georgia Tech tried to argue that Bell wasn’t associated with the program as a booster; LaBarrie tried to distance himself, too. However, Bell was deemed a representative of Georgia Tech’s interest by the NCAA.

According to the NCAA, the violations brought against LaBarrie were considered severe breaches of contract. That’s the NCAA’s highest level of violation. LaBarrie was hit with a three-year show-cause order, too. Essentially, LaBarrie won’t be able to coach college basketball during that window of time. More from Sugiura on LaBarrie’s situation:

Both of LaBarrie’s alleged violations (facilitating both an impermissible contact with a recruit and the distribution of impermissible benefits, and then providing false or misleading information about the violations to NCAA investigators and also attempting to influence a Tech basketball player to provide false or misleading information) were deemed to be severe breaches of conduct. The recruit was Wendell Carter, who played one season at Duke after graduating from Pace Academy, the contact was with former Tech star Jarrett Jack and the team member was Justin Moore.

LaBarrie admitted to taking Moore and Carter to a strip club; however, he claims he was unaware that Jack gave cash to the two prospects.

This, from the COI report, says it all: The prospect and the host used all of the cash at the strip club.

The program must now official disassociate itself from Jack and Bell.

Here’s an isolated look at the recruiting restrictions that have been placed on Georgia Tech Basketball. Keep in mind: Tech landed a commitment this week from in-state power forward Jordan Meka.

If this is what Georgia Tech got, I’d be very concerned if I was Kansas, Arizona, LSU, etc. NCAA isn’t messing around.