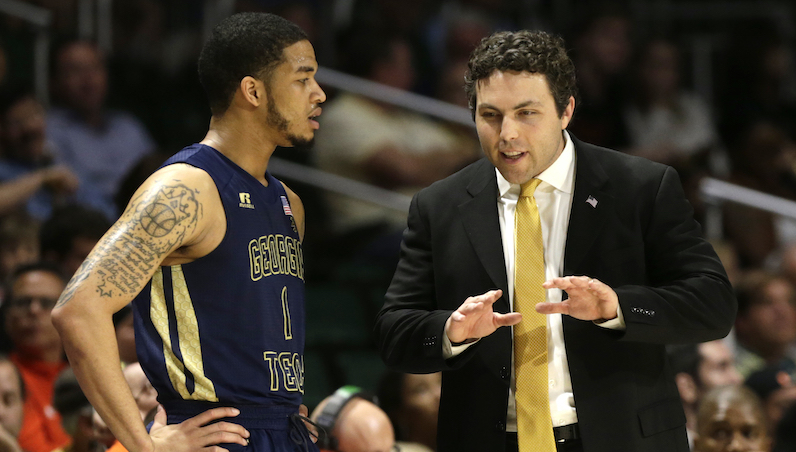 It’s finally official: Georgia Tech will accept an NCAA postseason ban for 2020. The Yellow Jacket won’t participate in next week’s ACC Tournament. According to Ken Sugiura, Georgia Tech will enter the 2020-21 season with no risk of another ban.

Georgia Tech will accept NCAA postseason ban, sit out of ACC tournament. Will go into 20-21 season at no risk of ban. Story to come.

Related to several high-level recruiting violations, which took place under head coach Josh Pastner, Georgia Tech received a notice of allegations a little less than a year ago. In fact, that story broke at the 2019 ACC Tournament.

A few months later, in September of 2019, Georgia Tech learned that it would receive a postseason ban from the NCAA in 2020. However, Georgia Tech decided to appeal the ban, which left the door open, possibly, for a trip to Greensboro. Sanctions — while under appeal — can’t be enforced.

On Monday, though, Tech withdrew its appeal. The basketball team was informed of that decision Monday afternoon, too.

The program will, however, continue to appeal the recruiting restrictions put in place last September:

Currently, Georgia Tech sits at 15-14 (9-9 ACC) — with a top 20 defense in terms of adjusted efficiency. The Yellow Jackets also have wins over NC State (twice), UNC and Louisville.