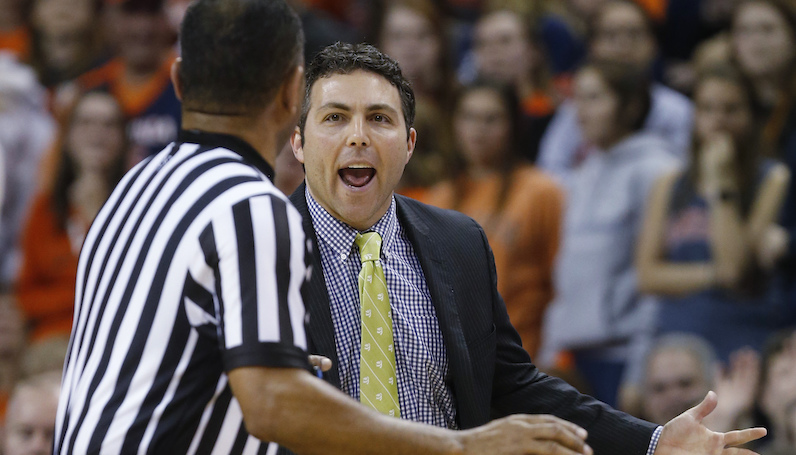 Charlotte — In the first half Duke’s win over Syracuse, news broke from the Atlanta Journal-Constitution. According to a report from Ken Sugiura, the NCAA served Georgia Tech basketball with a notice of allegations that deals with alleged recruiting violations connected to Ron Bell, the now infamous former friend of head coach Josh Pastner, and former assistant coach Darryl LaBarrie.

Georgia Tech has until May 16 to respond to the NOA.

Per the AJC’s report: the NCAA found two of the three allegations to be Level I violations. Here’s how some of this breaks down, via Sugiura. In November 2016, shortly after joining Pastner’s staff:

LaBarrie took a prospect on an official visit and a team member to a strip club and facilitated an improper recruiting contact with a person described in the notice as a representative of the school’s athletics interest. It also found that the prospect and team member were provided by $300 cash, though not by LaBarrie.

To make matters worse, the NCAA found that LaBarrie — “even after being told not to speak with others about the matter” — provided misleading or false information to the NCAA as the incident pertained to his knowledge of events. He was placed on administrative leave in November 2017, and resigned from the school in February 2018.

His actions, according to Sugiura’s report could possibly merit a show-cause order. In a statement released Thursday night, LaBarrie distanced himself from Bell. More from the AJC:

While Tech contended that Bell was not a booster, the NCAA found that he was a representative of the school’s athletics interest, which makes the violations that he committed – paying for flights for former team members Josh Okogie and Tadric Jackson to visit him in Arizona – and his attempts to influence former Memphis player Markel Crawford to transfer to Tech while Crawford was still in school – actions taken on behalf of Tech.

After a very public falling out with Pastner in 2017, Bell (who was later accused of extortion with regard to Pastner) released evidence that he provided former Georgia Tech players Josh Okogie and Tadric Jackson a package with “shoes, clothing, meals and travel expenses” — which totaled more than $1,400.

Amazingly enough, Josh Pastner was in attendance at the Syracuse-Duke game when this news broke. Pastner sat in his seat for the rest of the game, and spent a chunk of that time on one or two of his phones.

To be clear…Josh Pastner is at the Spectrum Center, down and to the right from our seat on press row, not too far from Duke's bench. Seeing this in real time: surreal. https://t.co/upaWoGmO04

According to Scott Tompsett, Pastner’s attorney (who is also the attorney to former NC State coach Mark Gottfried): “Josh cooperated fully with the NCAA investigation and he has not been charged with any violations.”

Ever wonder what it looks like when a college basketball coach finds out he’s being investigated pic.twitter.com/NjB4ru2A0H

“The Georgia Institute of Technology is announcing Friday that it has received a notice of allegations from the NCAA.

“The notice, which alleges three violations of NCAA rules within Georgia Tech’s men’s basketball program, was received following a joint review by Georgia Tech and the NCAA. A notice of allegations is a step in the NCAA’s process of investigating potential rules violations, but the process is ongoing. Georgia Tech has until May 16, 2019, to respond to the allegations.

Because the NCAA process remains open, Georgia Tech will not have further comment at this time.”