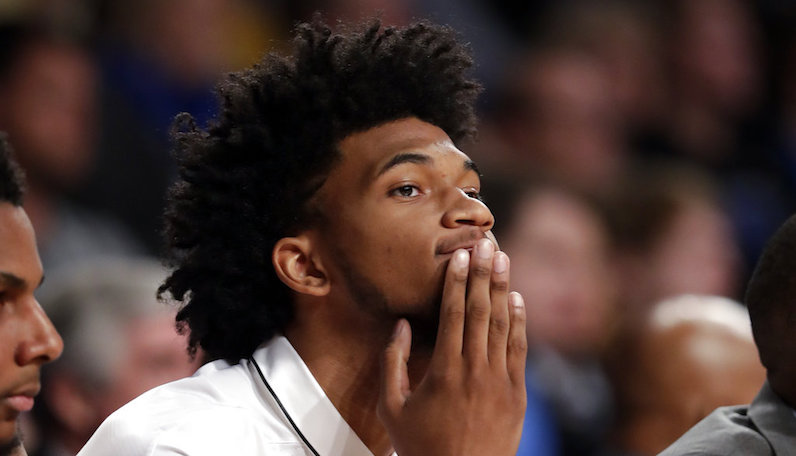 Duke basketball announced Wednesday afternoon that star freshman forward Marvin Bagley will miss his second straight game with a mild sprain in his right knee. Duke made the announcement on Twitter — about four hours before tip-off tonight with Virginia Tech.

The Blue Devils prevailed on Sunday without Bagley; Wendell Carter and Marques Bolden both had solid games. Mike Krzyzewski and Duke will need that again tonight against a Virginia Tech squad that’s won five of its last six games. The Hokies rank No. 19 in the nation in adjusted offensive efficiency, too, per KenPom.

Marvin Bagley projects as a top-5 pick in this year’s NBA Draft. The injury occurred in the first half last week against North Carolina.