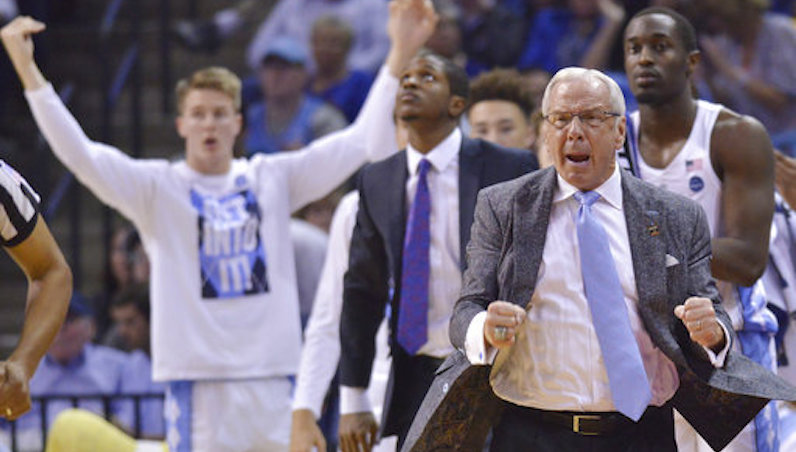 After a weekend of back-and-forth speculation, 4-star shooting guard Kerwin Walton — previously one of the top remaining uncommitted 2020 prospects — pledged to North Carolina on Monday.

Walton was initially set to announce his college decision on Saturday; however, the decision dragged on throughout the weekend. Ultimately, it came down to North Carolina and Minnesota. Walton, who hails from Minnesota, picked UNC, though.

“Next season I plan to play college basketball at the University of North Carolina.”

The 6-foot-5 Walton is a fringe top-100 prospect and one of the better perimeter shooters in the 2020 class.

Walton adds to a powerful 2020 recruiting class, one of the best UNC has seen in some time. Walton joins a loaded 2020 class, which now is now comprised of six players. All six of those players rank as top-100 prospects, per 247 Sports, led by 5-stars Walker Kessler, Day’Ron Sharpe and Caleb Love.

UNC has one 2021 commit, too: 4-star forward Dontrez Styles. Over the last few weeks, two players — Brandon Huffman and Jeremiah Francis — transferred out of the program. This gave the Heels some scholarship flexibility.

During the 2019-20 season, North Carolina struggled offensively — an outlier performance of the Roy Williams era. The Heels really only found success when they played bully-ball: Cole Anthony shooting off the dribble or Garrison Brooks in the post. UNC ranked outside the top 300 nationally in 3-point shooting (30.4 3P%) and effective shooting (46.4 eFG%).

The 2020 class offers some potential help. UNC may still run into some spacing issues; this is the cost of playing with two traditional post players on the floor at all times. However, this incoming 2020 class brings perimeter shooting to the mix. Puff Johnson, the younger brother of former UNC sharpshooter Cameron Johnson, and Walton are billed as shooters. Love and RJ Davis, another 4-star combo guard, have shot-creation abilities, too.

This could potentially be a big boon for an offense that lacks shooting punch on the wing with Leaky Black and Andrew Platek. (Black and Platek were a combined 29-of-120 3PA last season) A healthy Anthony Harris (ACL) could help next season, too. Regardless, there will be very real competition of minutes on the wing.

Caleb Love is ready to lead the Tar Heels in 2021