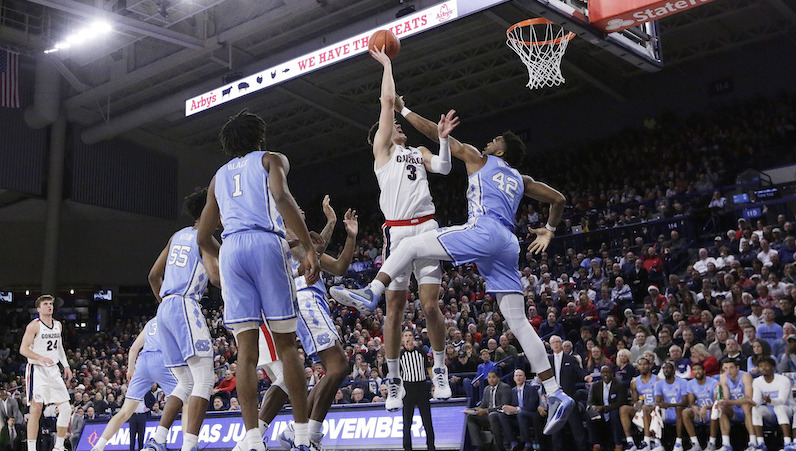 It’s not often that a player leaves North Carolina via the transfer portal; on Thursday night, however, veteran center Brandon Huffman did just that.

During his the 2019-20 season, Huffman never played more than eight minutes in a game. On three occasions he scored four points in a game. Huffman scored a career-high nine points during a win over Tulane in Dec. 2017, his freshman season.

UNC has made an official announcement on Brandon Huffman’s intention to transfer. Statement from Roy Williams: pic.twitter.com/9BLP4i2nbD

A native of Goldsboro, Huffman played high school ball for Word of God Christian Academy, a prep basketball powerhouse. He was a 3-star prospect in the 2017 recruiting class. That year’s class also brought in big men Garrison Brooks and Sterling Manley.

Manley has seen his career, unfortunately, derailed by injuries; Brooks, on the other hand, has turned himself into an All-ACC player.

With Brooks and Armando Bacot set to return, plus the additions of Day’Ron Sharpe and Walker Kessler, two incoming 5-star centers, minutes would be tough to come by next season for Huffman. That’s before even factoring in Manley, too, possibly. Roy Williams will have his hands full managing the rotation for what will be one of the most talented frontcourts in the country next season.