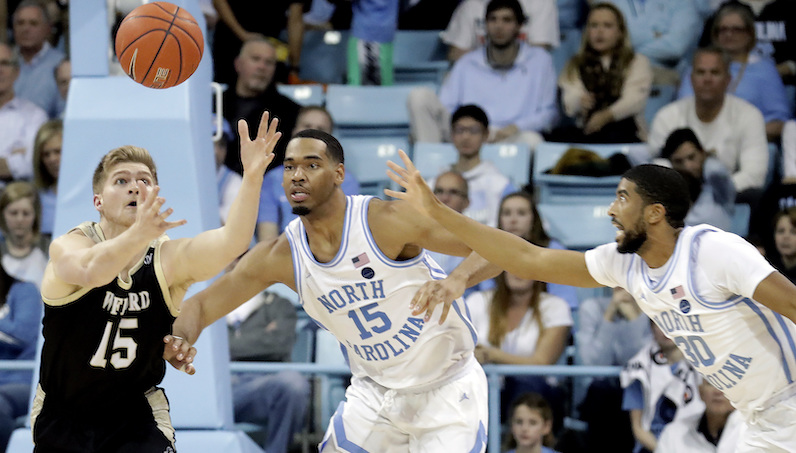 North Carolina’s 2019-20 season ended a little over three weeks ago; after mulling over some possible draft options, Garrison Brooks will return to UNC for his senior season.

Despite the team’s struggles, Brooks, a 6-foot-9, 235-pound power forward, played well. Brooks averaged 16.8 points (53.5 FG%) and 8.5 rebounds per game, en route to being named the ACC’s Most Improved Player. A magnet for contact in the paint, Brooks averaged 6.9 free throw attempts per 40 minutes, too. Brooks shot 68 percent at the rim this season, including 44 dunks.

For his career, Brooks has appeared in 105 games (83 starts); he’s started all but one game over the last two seasons, too. In his time at UNC, Brooks has amassed 991 points and 602 rebounds.

Assuming Armando Bacot also returns, UNC will featured one of the more talented frontcourts in the country next season. The Tar Heels are set to add two 5-star centers to the roster in 2020: Day’Ron Sharpe and Walker Kessler.

It will be interesting to see how Roy Williams manages that rotation, while also looking to improve the team’s space in the half court.

With Bacot and Brooks back, UNC’s frontcourt is loaded for 2020-21