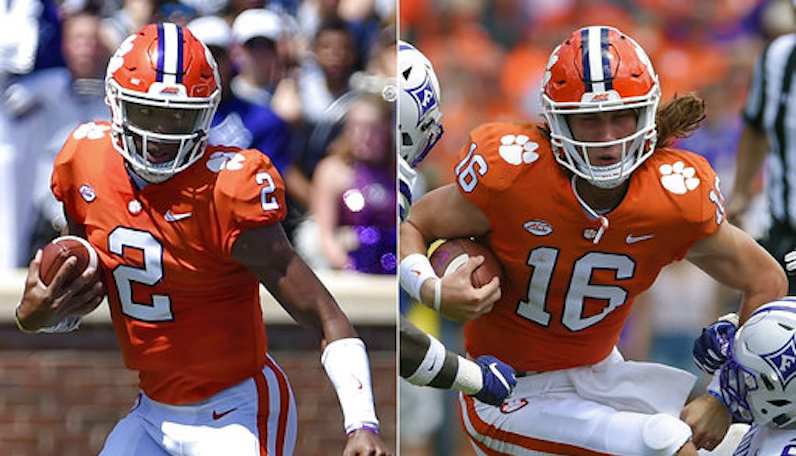 According to multiple media reports, Clemson quarterback Kelly Bryant did not practice with the team on Tuesday — for the second straight day. This, of course, comes after Dabo Swinney named freshman quarterback Trevor Lawrence the starter.

Swinney told ESPN that he would discuss the situation more during the ACC coaches’ teleconference later today (Sept. 26).

It’s important to note, too, how many games Kelly Bryant has played in so far this season, which is four. This matters because under the NCAA’s new redshirt rule, Bryant could transfer and still preserve his final season of college eligibility. Considering the timing of Swinney’s decision, which he says was data-driven, this doesn’t seem coincidental.

This quote from Dabo today stands out "I could’ve huddled the coaches up and said, ‘Hey, let’s make sure we start him for Syracuse and that way he’s got no options.’ That’s not how I operate… I'm just trying to do what's right." https://t.co/2EpW1ylMK9