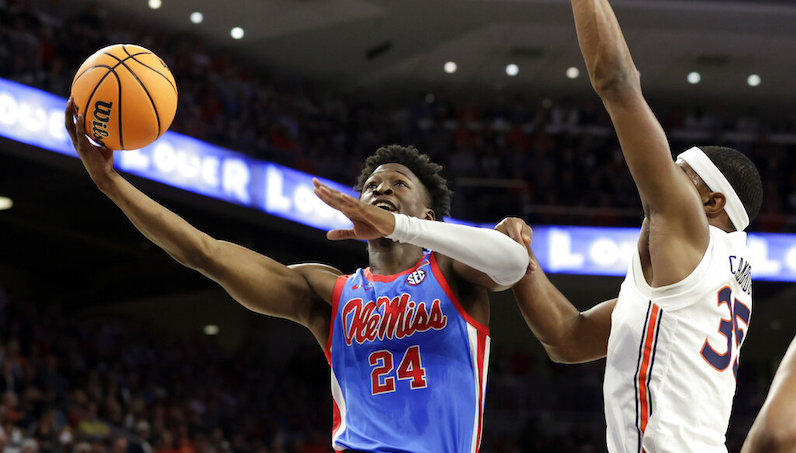 Mississippi guard Jarkel Joiner (24) goes up for a lay up as Auburn guard Devan Cambridge (35) defends during the first half of an NCAA college basketball game Wednesday, Feb. 23, 2022, in Auburn, Ala. (AP Photo/Butch Dill)

This has been a busy offseason for NC State basketball; it’s included quite a bit of turnover, with both the roster and coaching staff under Kevin Keatts. However, adding Joiner and Clark to the mix — to experienced players that can score the ball — helps for the 2022-23 season.

NC State will continue to wait the NBA Draft decisions of Dereon Seabron and Terquavion Smith. Both players declared for the 2022 NBA Draft, while maintaining their eligibility. Reading the room: Seabron is likely to remain the the draft. Smith, however, is more of a coin toss: he could return to Raleigh or he could remain in the draft and look to crack into the first round.