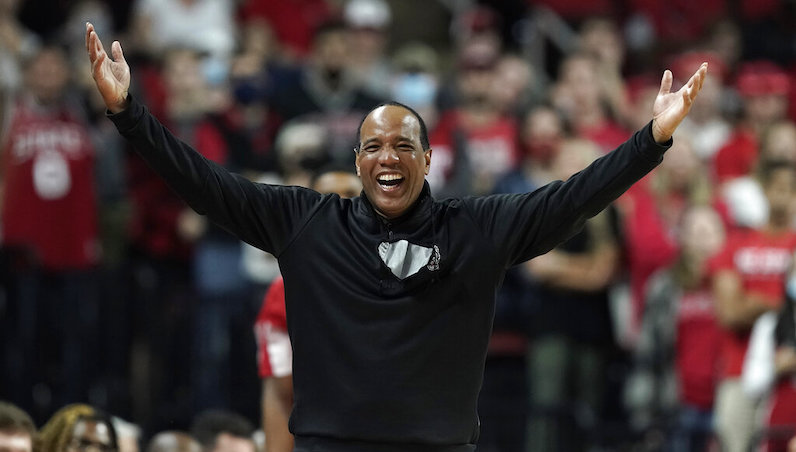 In today’s edition of Bad Things Happening To NC State Basketball: Shawn Phillips, a 4-star center in the 2022 class who signed with the Wolfpack, has decommitted from the program.

Phillips, who finished his prep career with for Dream City Christian (Glendale, Arizona), ranked as a Top 120 prospect in the 2022 class.

This has been a brutal offseason for Kevin Keatts and NC State. After finishing last in the ACC, and missing the NCAA Tournament for the fourth straight year, the roster has gone through a great deal of turnover.

Veterans Manny Bates and Cam Hayes transferred out of the program. The team’s two best players — Dereon Seabron and Terquavion Smith — entered the NBA Draft, although Smith will maintain his college eligibility. Senior hybrid forward Jericole Hellems elected to not use his extra/fifth year of eligibility.