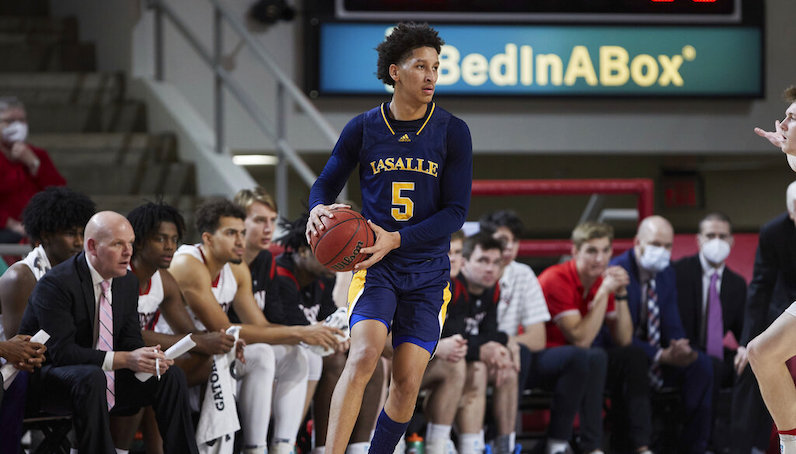 La Salle guard Jack Clark (5) on offense during the second half of an NCAA college basketball game against Davidson on Sunday, Jan. 30, 2022, in Davidson, N.C. (AP Photo/Brian Westerholt)

It’s been an onslaught in recent months/weeks in terms of bad news for the Wolfpack; Shawn Phillips, a 4-star center in the 2022 recruiting class, decommitted from NC State on Monday (April 18). However, the addition of Clark is a solid get for Kevin Keatts.

Clark spent four years at La Salle; he missed the entire 2019-20 season due to an ACL tear. Going back to his senior year of high school, Clark suffered two ACL tears in his left knee.

Currently, NC State has three scholarships remaining for next season, along with the NBA Draft decisions of Terquavion Smith and Dereon Seabron.

Seabron emerges as an NBA prospect, while becoming the ACC’s Most Improved Player