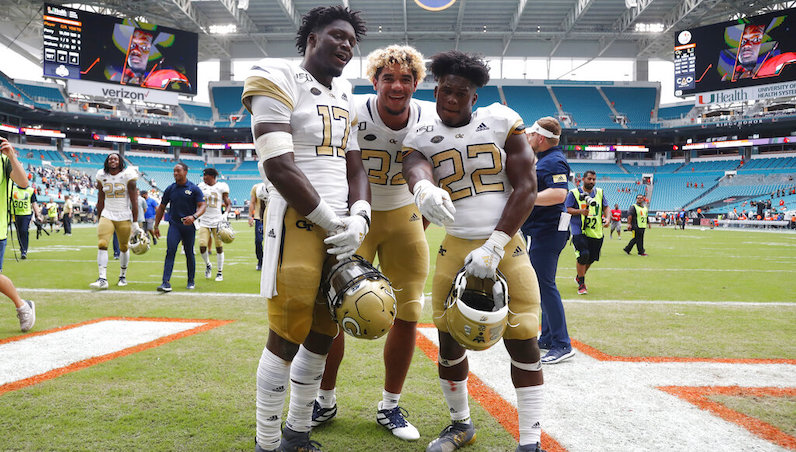 It hasn’t been a banner offseason for Georgia Tech and head coach Geoff Collins. This week, Jamious Griffin, another veteran running back, entered the transfer portal.

During his three seasons with the Yellow Jackets, Griffin ran for 370 yards and two touchdowns. He also caught six passes for 72 yards. Griffin’s best season came in 2020; that year, he ran for 229 yards and averaged 4.9 yards per carry.

Initially an NC State commit, Griffin flipped to Georgia Tech in the 2019 recruiting class. A former 4-star prospect, Griffin mostly served as a backup to Jahmyr Gibbs, who transferred earlier this offseason to Alabama, and Jordan Mason.