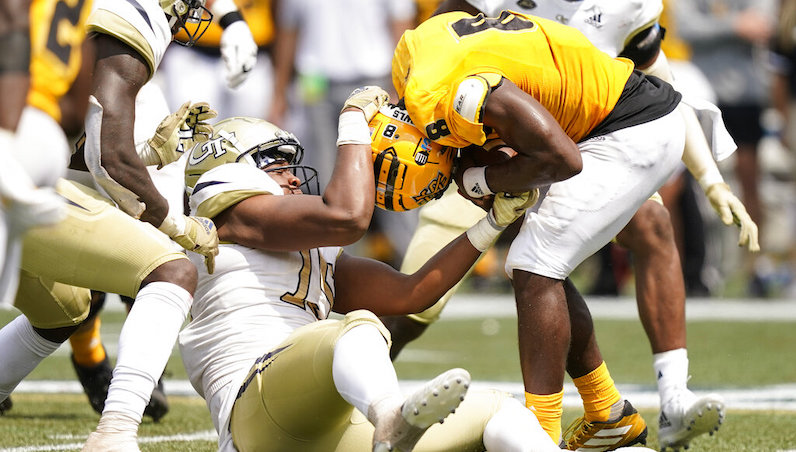 It’s not the best of times for Georgia Tech football and Geoff Collins, currently. On Friday, Jared Ivey, a talented edge rusher, announced that he would leave the program.

Ivey is a gifted defender. With his name in the portal, you can guarantee that he’ll received plenty of interest from other Power Five programs.

Ivey was a big commitment for Georgia Tech’s 2020 recruiting: a local, 4-star prospect from Suwanee. He picked Georgia Tech over offers from Colorado and Nebraska, although made offers, too. Several ACC programs offered Ivey, too: Wake Forest, Virginia, Virginia Tech, Duke, Miami and Notre Dame.

Running back Jahmyr Gibbs was the headliner of that class. Gibbs and Ivey were two of the four 4-stars that Collins signed, along with quarterback Jeff Sims.

Over the course of his three seasons with GT, Collins has compiled a record of 9-25. The Yellow Jackets won a total of seven ACC games in this stretch.