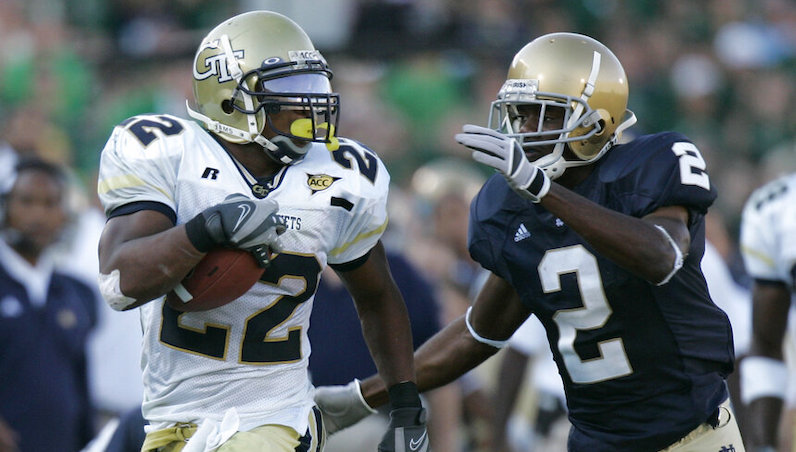 After three seasons as Georgia Tech’s running backs coach, Tashard Choice will leave for a job at USC.

Stating the obvious: things are not going well for Geoff Collins and Georgia Tech football. Collins just finished his third season with the Yellow Jackets: 3-9 (2-6 ACC). To close the season, Georgia Tech got blasted by a combined 100 points in loses to Notre Dame and Georgia.

Then, two weeks ago, running back Jahmyr Gibbs, the team’s best player and the most notable recruit of the Collins era in Atlanta, entered the NCAA transfer portal. Choice was instrumental in Gibbs coming to Georgia Tech, in the first place.

It can be argued that Choice was the top assistant on staff at Georgia Tech. As the Yellow Jackets turn the page to Year 4 of Collins, things are in a very precarious position. This is a job/program to monitor.