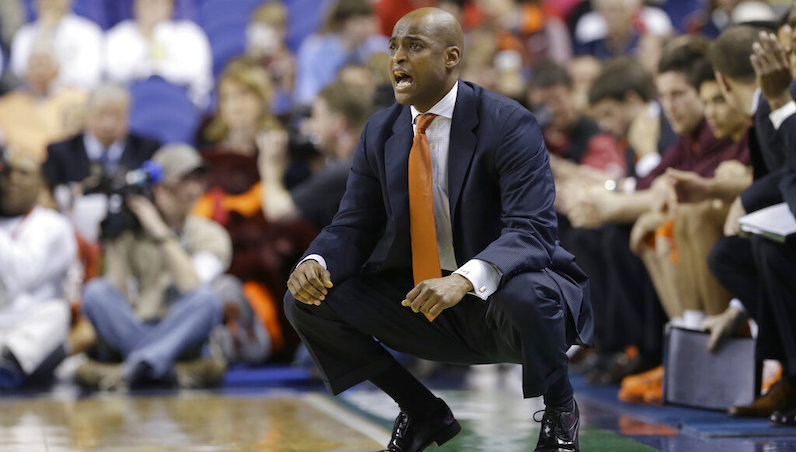 James Johnson is out at NC State. According to a report from The Wolfpacker, Johnson, an assistant coach for the men’s basketball program, will step down.

Johnson has been with head coach Kevin Keatts since the start of his tenure with NC State. He was hired March 27, 2017.

Source: NC State assistant James Johnson has decided to step down from the basketball staff.

Kevin Keatts had talks with Johnson, Keatts was understanding and supportive of Johnson's decision.

Johnson arrived in Raleigh after two years as the Director of Basketball Operations for Miami — under Jim Larranaga. The ACC ties for Johnson run deep, though; he was also the head of Virginia Tech for two seasons (2012-14).

Keatts and Johnson have known one another for decades. The two were teammates on the basketball team at Ferrum College for two years (1991-93). A native of Powhatan, Va., Johnson was a four-year player and three-year starter at Ferrum College.

The departure of Johnson is interesting, though. Earlier this offseason — back in March — NC State parted ways with two assistant coaches: Roy Roberson and Mike Summey. The Wolfpack went 11-21 in the 2021-22 season, finishing last in the conference (4-16 ACC).

Johnson was also NC State’s lead recruiter for (2023) 5-star point guard Robert Dillingham — who committed to NC State last December, then de-committed in March. Dillingham remains uncommitted; NC State, in theory, was still considered an option. However, if Johnson is out, that may forecast another hinge point in NC State’s recruitment of the uber-talented Dillingham.