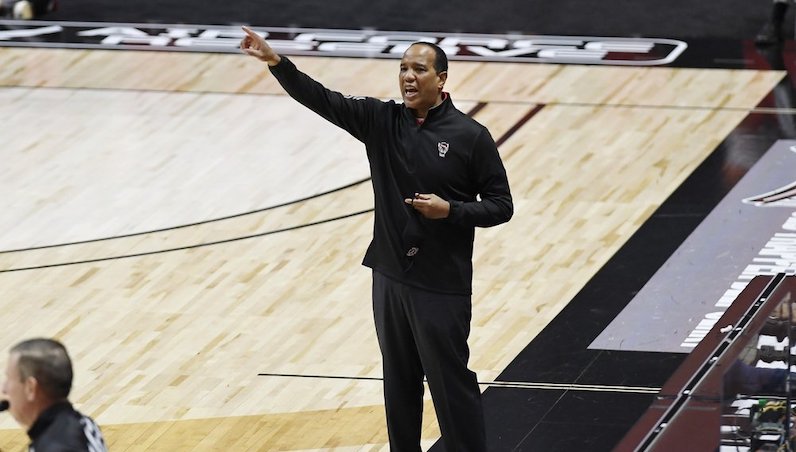 Robert Dillingham, a top-10 prospect in the 2023 recruiting class, has committed to NC State.

The 6-foot-2, 165-pound Dillingham is a 5-star point guard. He hails from Charlotte, but currently plays his prep ball for Donda Academy — a basketball program created by musician Kanye West — out in California.

Dillingham made the announcement on his Instagram page; he selected the Wolfpack over offers from Kansas, Kentucky, LSU and Memphis.

Robert Dillingham to NC State. Makes the announcement on his IG Live.

Dillingham ranks as the No. 1 point guard prospect in the 2023 recruiting class, too.

This commitment comes months after Dillingham showcased his talents during the July evaluation period. Dillingham averaged 18.7 points per game, a top-5 number in the 16U division.

This stretch of action included a 23-point, four-assist performance against Kylan Boswell — one of the top 2023 point guards from the West Coast. Boswell will likely pick between UCLA, Arizona and Illinois for his college selection.

NC State may not have the most inventive offense; however, the Wolfpack run a lot of spread pick-and-roll. For a primary creator like Dillingham, this can work as a solid pitch: in preparation for the NBA, come here and run an offense oriented around pick-and-roll action.