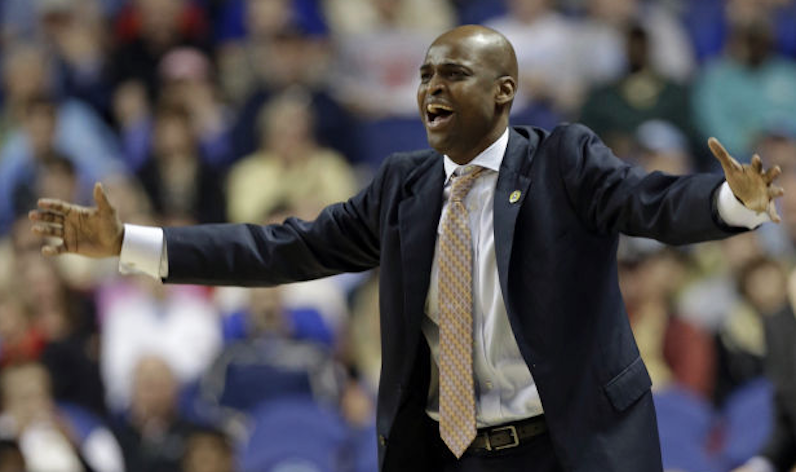 No stranger to each other, Johnson and Keatts were teammates for two seasons at Ferrum College in Ferrum, Va., from 1991-93.

“James and I go back over 25 years, and my comfort level in his approach, his knowledge of the ACC, and my respect for his ability to teach and develop our student-athletes, makes him an ideal fit,” said Keatts. “He is an outstanding addition to our staff, and I welcome him to NC State.”

He comes to the Wolfpack after two years as the Director of Basketball Operations for Jim Larranaga’s program at Miami.

Johnson was the head of Virginia Tech for two seasons from 2012-14.

His first Virginia Tech squad saw senior guard Erick Green become the first Hokie to be named Atlantic Coast Conference Player of the Year and lead the nation in scoring. Green would go on to be selected in the second round of the NBA Draft by the Utah Jazz.

Johnson joined Virginia Tech after two seasons with Larranaga at George Mason. The Patriots went a combined 45-23 in his two seasons and advanced to the 2006 NCAA Final Four before falling to eventual national champion Florida.

Prior to GMU, Johnson spent two seasons as an assistant coach at Penn State, one year at College of Charleston, two seasons at Elon and thee years at Old Dominion. In 2001, Rivals.com named Johnson one of the Top 20 Assistant Coaches at Mid-Major Division I College Basketball.

He spent 1995-96 at Longwood College as an assistant, and after one season moved onto Hargrave Military Academy where he spent one season working with the post-graduate team. He left Hargrave in 1997 to join the staff at Old Dominion.

A native of Powhatan, Va., Johnson was a four-year player and three-year starter at Ferrum College. A three-time conference defensive player of the year, he helped guide his team to two conference championships and a berth in the NCAA Division III Tournament. He was also voted his team’s most valuable player in 1993 and in 2001 was selected as one of the Top 10 players in Ferrum basketball history. In September 2009, Johnson was elected into the Ferrum College Athletic Hall of Fame.

After graduating from Ferrum with a bachelor of science in psychology in 1993, he immediately stepped into the coaching ranks at his alma mater and served as an assistant for two seasons. Johnson helped guide the Panthers to a regular-season conference title.

Johnson is a member of the National Association of Basketball Coaches (NABC). He was a squad leader in the Army National Guard from 1989-91.