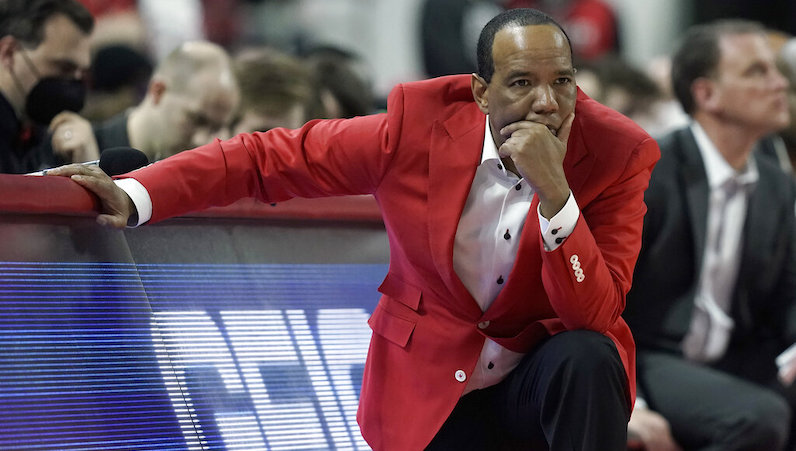 NC State’s 2021-22 season is over, but the Wolfpack continue to suffer defeats. Robert Dillingham, the No. 1 point guard in the 2023 class, decommitted from NC State.

Dillingham committed to NC State back in early December. At the time, the decision felt a bit tenuous; however, it was still good news for Kevin Keatts and the Wolfpack. Since then, not much has gone well for Keatts.

With a depleted roster, NC State went just 4-16 in ACC play; the team’s 11-21 overall record marks the nadir for Keatts as a college head coach, too.

Three NC State players have already entered the NCAA transfer portal, including once-promising point guard Cam Hayes. As the seat warmed for Keatts, the future addition of Dillingham remained as a beacon of hope. As Keatts looked to turn the proverbial corner — with the NCAA finally out of NC State’s business — he could sell Better Times Ahead to the fanbase.

That option, however, is now altered, greatly.

Five-star junior Robert Dillingham has decommitted from NC State, he announced. No. 1 point guard in 2023. pic.twitter.com/AbQ3ADgnYM

Keatts will be back next season; according to some language in his contract, a possible buyout for Keatts may be more costly than previously envisioned as well.

Next up: figure out what Dereon Seabron, Terquavion Smith and Manny Bates plan to do with the 2022 NBA Draft and start to mine the transfer portal for program-altering talent. That’s not an easy path, but at this point there’s not much else to bank on. It’s getting late in Raleigh, quickly.

Check The Stats: Dereon Seabron is the ACC’s Most Improved Player