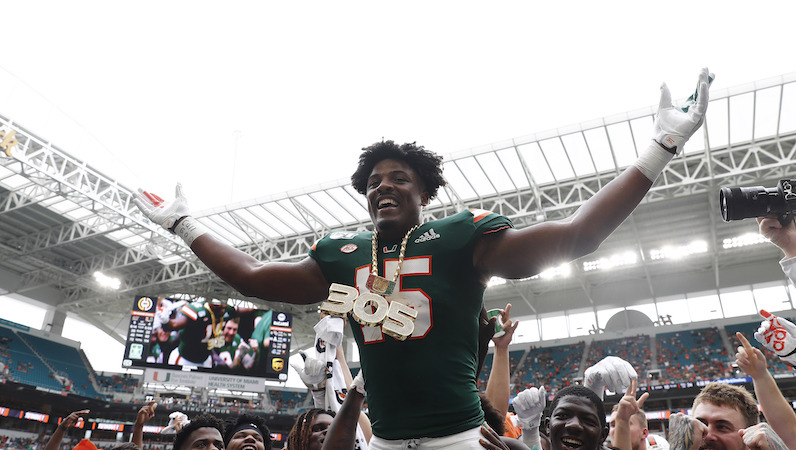 Rousseau and Farley entered the 2020 season as arguably the top two defensive prospects in the ACC. Florida State’s Marvin Wilson was right there, too.

Greg Rousseau will opt out the season… breaking now from Manny Diaz.

During the 2019 season, as a redshirt freshman, Rosseau led the ACC with 15.5 sacks — nearly 1.2 sacks per game. His sack total ranked second in the entire FBS, behind only Chase Young of Ohio State (1.4 per game). For his efforts, he was named All-ACC First Team and awarded ACC Defensive Rookie of the Year.

The Hurricanes were believed to have one of the top defensive lines in college football for 2020; impact graduate transfer (from Temple) Quincy Roche (68 total pressures in 2019) was set to play a big role in that as well. However, Rosseau was the headliner.

A former 3-star recruit, Rosseau has quickly blossomed at Miami, growing into his 6-foot-7 frame. Come the 2021 NFL Draft, Rosseau will be three year out of high school; he could depart for the next level if he so chooses in a matter of months.