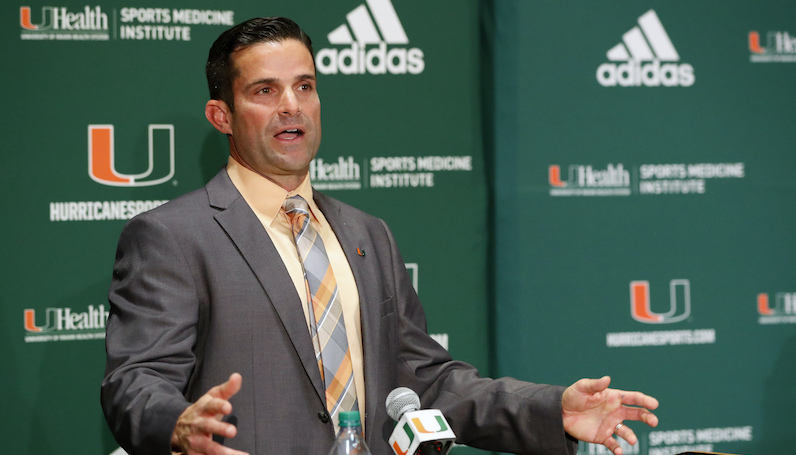 In a bit of a recruiting upset, 5-star safety James Williams committed to the Miami Hurricanes over the Georgia Bulldogs.

Since taking over at Miami, Manny Diaz has done a solid job on the recruiting path; Miami’s 2020 recruiting class ranked 16th nationally and included several top 150 prospects. Williams, however, is a different story.

A star for American Heritage Plantation in Opa Locka, Williams held offers from all of the obvious super-power programs: Clemson, Georgia, LSU, Alabama and Ohio State.

The recruitment process for Williams saw a somewhat meteoric rise for Miami. Williams initially committed to Miami in March 2018; however, he de-committed 14 months later in May 2019. From there, it seemed as though Miami was on the outside looking in. Perception, in this case, wasn’t reality, though.

Miami moved into the 5-star’s top two in June 2020 — along with Georgia. A huge credit goes to Ephraim Banda, Miami’s safeties coach and second as co-defensive coordinator, and Diaz, who led the recruitment for Williams.

During the 2019 season, Williams played on both sides of the ball, while helping guide Davie Western to a district title and qualification in the 8A state playoffs. Williams recorded 62 tackles and six interceptions. (In Jan. 2020, Williams announced his decision to transfer from Davie Western to American Heritage for his senior season.)

Miami’s 2021 recruiting class is now up to 19 commitments and ranks 11th nationally, according to 247 Sports.