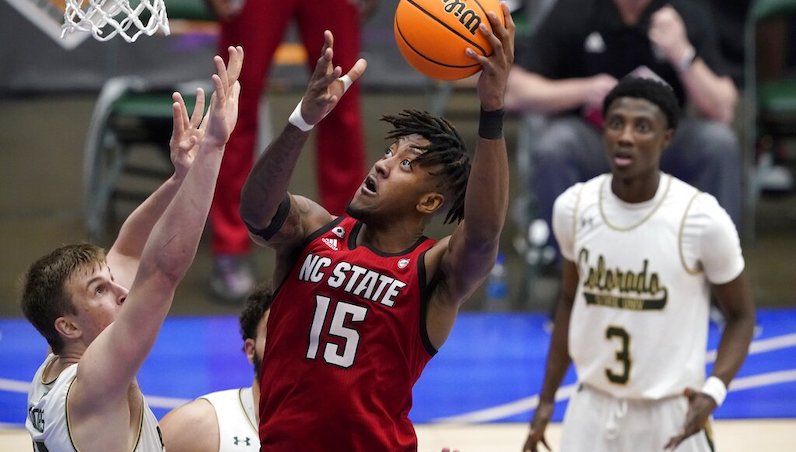 The 6-foot-10, 250-pound Phillips plays for Dream City Christian. 247 Sports ranks him as one of the top 150 prospects in the 2022 recruiting class and a top-25 center. Phillips held plenty of offers, from a variety of different power conferences. In the end, though, he picked NC State over West Virginia and Ole Miss.

Keatts gets his first recruit of the 2022 class! Center Shawn Phillips has committed to the NC State Wolfpack🐺 @shawnphillipsj1 pic.twitter.com/AOXH0P9kAI

Ohio State, Maryland and Indiana — three Big Ten programs — were in the mix for Phillips, too.

According to Phillips, his relationship with NC State’s staff — including head coach Kevin Keatts — solidified his commitment. Assistant coach Mike Summey was the lead recruiter.

Phillips plays a position of need for NC State. Manny Bates is a redshirt junior, but the dynamic rim protector could very easily jump to the NBA after the 2021-22 season. The Wolfpack need to think about the 5-man rotation after Bates leaves.

NC State is one of the premier spread pick-and-roll offenses in the country. Centers in the program must be able to screen hard and dive to the rim. On the defensive end, NC State’s centers usually play drop coverage in the pick-and-roll, while the other four players on the floor switch most screens and exchanges.

Bates has perfectly fit this archetype. Now, it’s up to NC State’s staff to recruit and develop the next version of this player — which could very well by Phillips.