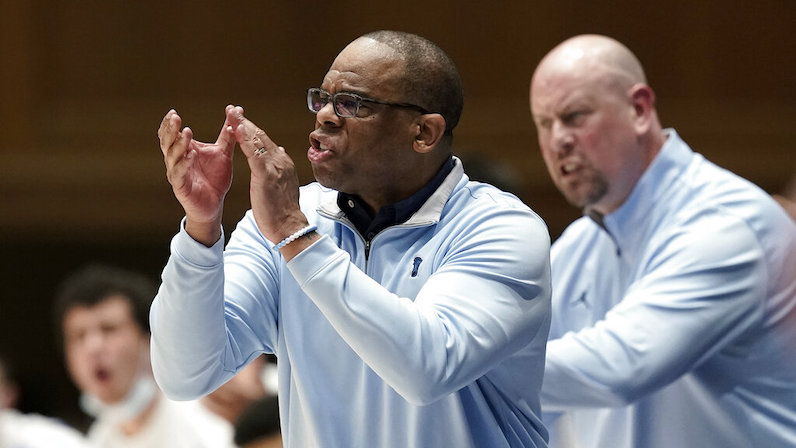 GG Jackson is on the precipice of making a college decision — one that could come any day, now.

Jackson, a 5-star power forward from Columbia (SC), is a top-10 overall prospect in the 2023 recruiting class. Over the last few weeks, Jackson’s recruitment has moved around. With that, Jackson’s commitment will come later than initially expected.

For months now, North Carolina has been the favorite to land Jackson, although new South Carolina basketball coach Lamont Paris is still in the mix. Of course, Duke and Jon Scheyer have also made a very strong push to land Jackson.

As the calendar goes deeper into April, a decision could come at any point in time — sooner rather than later, most likely.

@_ggjackson stop playing and give the people what they want

Jackson would, obviously, be the best recruit Hubert Davis has landed since taking over for Roy Williams. North Carolina did, however, land the No. 12 recruit class for 2022 in the 247 Sports team rankings, which includes two top-50 prospects: guard Seth Trimble and center Jalen Washington.