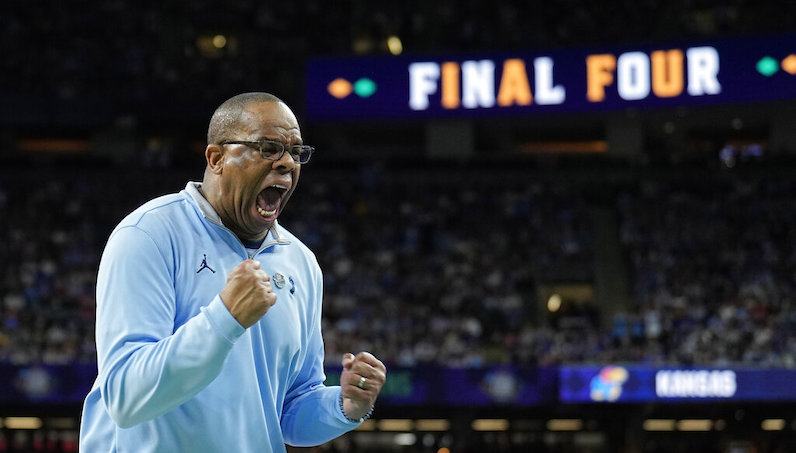 North Carolina head coach Hubert Davis reacts against Kansas during the first half of a college basketball game in the finals of the Men's Final Four NCAA tournament, Monday, April 4, 2022, in New Orleans. (AP Photo/Brynn Anderson)

A competitive recruiting process, which saw some twists and turns the last few months, is over. Jackson, a 5-star power forward from Columbia (S.C.) Ridge View, will play for the Tar Heels. The 6-foot-9, 210-pound Jackson is a premier talent and easily the top recruit in the early stages of the Hubert Davis era.

Assistant coach Jeff Lebo led North Carolina’s recruitment of Jackson. Sean May was a big influence for Jackson as well.

During the 2021-22 season, Jackson averaged 23 points and 11 rebounds per game. He led Ridge View to the 5A state championship in South Carolina, too.

With Armando Bacot, Caleb Love, RJ Davis and Leaky Black back, North Carolina is primed for a big 2022-23 season. However, with a strong 2022 recruiting class set to arrive soon, followed by a promising 2023 group, this program has things humming under Davis.