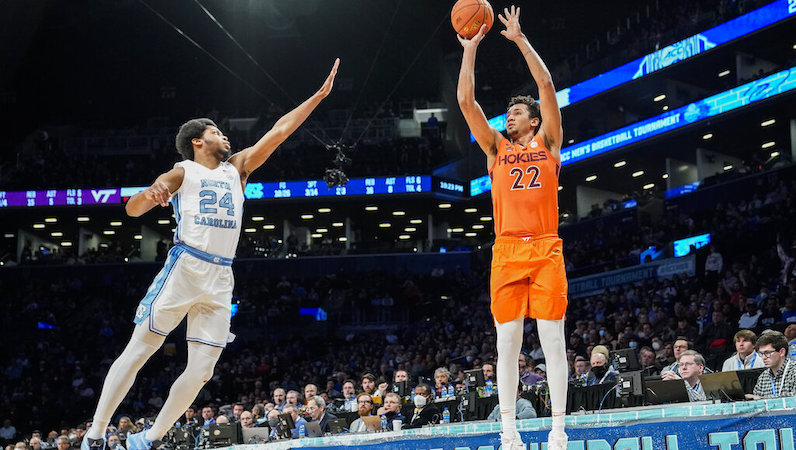 In an effort to gather information, North Carolina wing Kerwin Walton will enter the 2022 NBA Draft. Walton will use this opportunity to get valuable feedback from NBA franchises. It’s a no-risk option for Walton, who can still return to Chapel Hill for the 2022-23 season.

Walton has until June 1 to withdraw from the Draft, if he so chooses. In the meantime, Walton can audition his game and show NBA teams that he’s still an elite wing shooter. It’s important to remember: not too long ago, Walton shot 42 percent on his 3-point attempts (58-of-138 3PA) as a freshman (62.7 TS%).

The 2021-22 season wasn’t the best for Walton. While several teammates enjoyed breakout seasons, Walton’s confidence and aggression on offense plummeted. Defensive issues pushed him further down the bench, too.

It was a wild turn for Walton, an excellent 3-point shooter who put together a terrific freshman season. It’s hard to stress just how crucial Walton was for North Carolina’s half-court offense in the 2020-21 season.

Assuming Walton returns, the rising junior should feature heavily with North Carolina’s rotation for the 2022-23 season. Despite Walton’s struggles as a sophomore, he’s one of the best shooters in the conference. UNC is tasked with replacing stretch-4 Brady Manek. Walton plays a different position; however, he’s one of the best options to help the half-court offense with movement shooting and screening.

Walton is a talented shooter, one with some counters vs. a hard closeout. He isn’t a big rim-pressure guy in catch-and-go situations, but Walton has a pull-up jumper he can rely on, too. To set all of that up, though, Walton will need to streamline his shooting motion. His release is smooth, but there’s a wind-up and it takes too long to get it off, which can be a detriment vs. longer defenders.