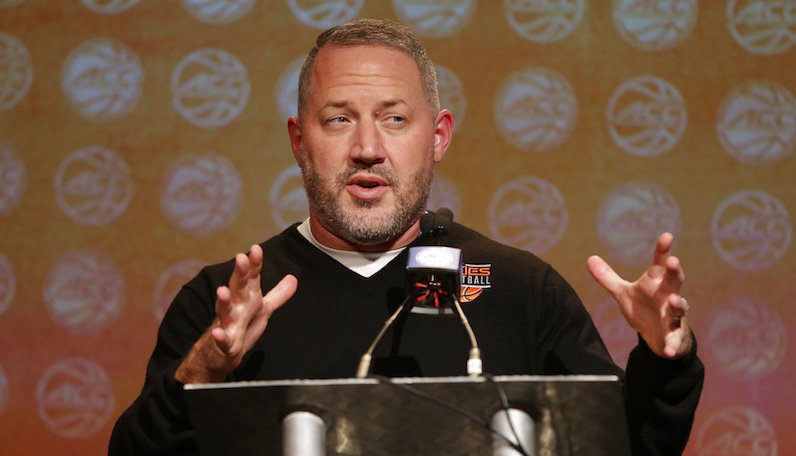 For a while now, 4-star guard Anthony Harris looked ACC-bound. A prime target of Miami, Virginia Tech and Wake Forest, there appeared to be a good chance he’d wind up in the league. That’s now a certainty, though: on Tuesday, Harris committed to Virginia Tech.

This may string a bit for Duke, too. The Blue Devils seemed to be further off his radar — that is, up until a few weeks ago. After 5-star guards Bryan Antoine (Villanova) and Josiah James (Tennessee) committed elsewhere, Duke had to pivot.

Assistant coach Nate James led the recruitment, but Mike Krzyzewski played a key role, too. However, it wasn’t enough; Buzz Williams and his staff won out.

The 6-foot-3 Harris, a consensus top-60 prospect per 247 Sports, plays his prep basketball for Paul VI Catholic in Fairfax (VA.).