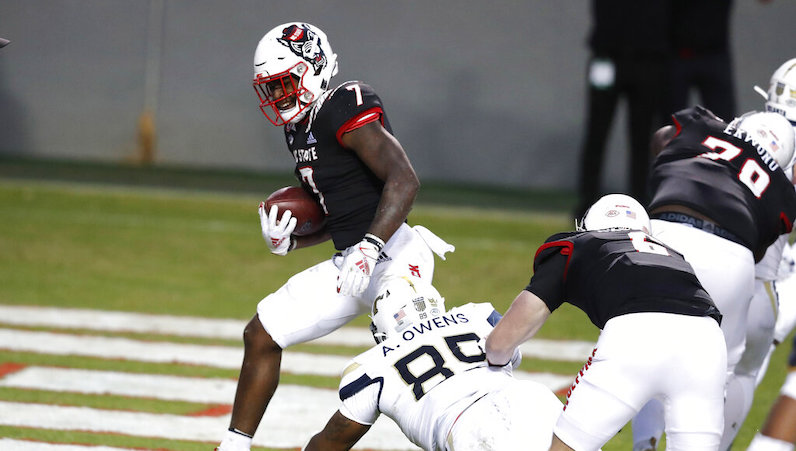 Well, it’s here again, folks. College football is back and there’s a pretty good menu of ACC action to start out the 2021 season. Here’s everything you need for Week 1 of the ACC Football Schedule.

Enjoy the games, and get the COVID-19 vaccine if you’re able and haven’t done so already.

No. 10 North Carolina at Virginia Tech

No. 9 Notre Dame at Florida State

Players To Keep An Eye On

It’s been nearly two full years since Ross, once the crown jewel in Clemson’s receiving corp, took the field. Ross missed the entire 2020 season due to a spinal condition. At the time, some thought his football career may end; however, Ross is back for his fourth and final season with the Tigers.

Trevor Lawrence is gone. Travis Etienne is gone. Tee Higgins is gone. Ross remains, though, and he’ll have his eyes set on establish himself as the top wideout in the ACC, while working with a new quarterback: D.J.Uiagalelei.

His first game back will be a challenge, too: No. 5 Georgia in Charlotte. — Brian Geisinger

NC State’s defense is the foundation for this season’s teams — with 10 starters back. For the team to raise and hit its ceiling, though, the offense must click at a high level. That possibility exists, and it depends largely on the right shoulder of Leary, a decorated QB prospect in NC State’s 2018 recruiting class.

After wrestling the quarterback position away from Bailey Hockman, Leary appeared in only four games last season before he suffered a leg injury during the win over Duke. The injury cost Leary the rest of the season. Prior to being sideline, though, Leary looked like the quarterback of the future for the Wolfpack: 66-of-110 pass attempts (60 percent) for 890 yards (8.1 yards per attempt), 8 touchdowns and only 2 interceptions.

Despite a rather unfortunate bump in the road, it’s now Leary’s time to lead NC State’s offense. If he plays at level that’s comparable to how he started the 2020 season, then NC State could have a special season. — BG

The last two meetings between the Hokies and Tar Heels have been shootouts, including the six-overtime classic at Lane Stadium in 2019.

Burmeister has his top three pass-catchers back — receivers Tayvion Robinson and Tre Turner and tight end James Mitchell — and without Khalil Herbert at running back, I’d expect the Hokies to lean on the passing game early and often. — Josh Graham

Upset Or Pick Of The Week

Quote Of The Week

Dabo on getting vaccinated: “It’s like knowing it’s freezing cold outside. You go out dressed properly. You might still get cold but you did everything you could to mitigate it.”

Gibbs. Knight top the list for top running backs in the ACC