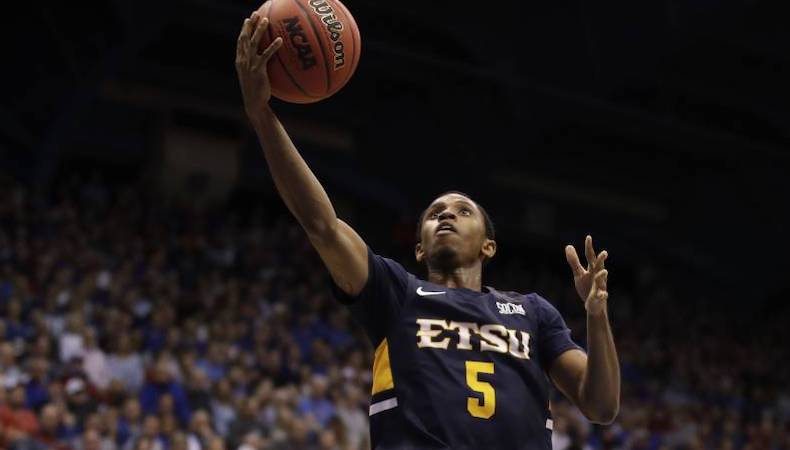 As Steve Forbes looks to build up his roster at Wake Forest, an interesting name reported his intentions to enter the transfer portal: Davien Williamson, who happens to be a former player of his at East Tennessee State. Williamson is also from Winston-Salem.

Returning to ETSU will be an option.

As a sophomore, Williamson shot 69.3 percent at the rim — with over 70 percent of his makes coming unassisted. That’s an impressive mark for a 6-foot-2, 165-pound guard.

According to Synergy Sports, Williamson shot 48.8 percent (51.2 eFG%) out of the pick-and-roll this season, scoring 0.85 points per possession.

Bo Hodges, another program leader at ETSU, entered the transfer portal late last week, too. He’s received serious interest on the transfer market as well. As ESPN’s Jeff Borzello notes, though, Williamson has also left the door open for a return to East Tennessee State.

There’s still a lot of work to be done, but this is a nice start for Forbes at Wake Forest. Could Williamson be next?

After 3 seasons at Wake, All-ACC center Olivier Sarr will transfer to Kentucky