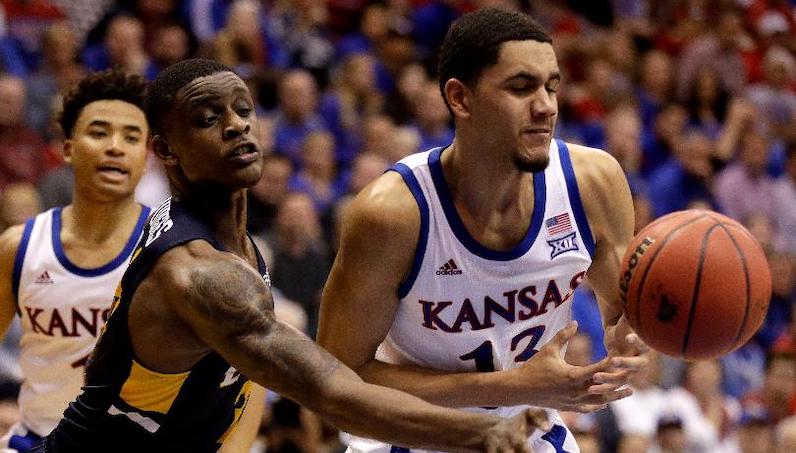 Bo Hodges, who played for three seasons under Steve Forbes at East Tennessee State, will enter the NCAA transfer portal. During his three seasons with Forbes, now the coach at Wake Forest, Hodges scored 1,007 career points. As a junior, Hodges averaged 12.7 points, 5.8 rebounds and 1.4 steals per game. He started every game this season, too.

Hodges isn’t a graduate transfer; unless he receives a waiver, or the one-time waiver exemption goes into place, the 6-foot-5 guard will sit out next season with a redshirt if he leaves ETSU.

Hodges is not official in the portal yet, but I have also heard from sources that this will happen.. also he may not be the only one to transfer out.. https://t.co/yfnQJUSUhl

As Wake Forest looks to fill out a roster, Forbes could look to his former player, here. Hodges brings size and defensive versatility to the wing — a big guard that can move around in the 4-guard lineups of Forbes. Hypothetically, Hodges and Isaiah Mucius would pair nicely: athletes that can defend up or down a position. The return of Ismael Massoud provides Wake Forest with a big wing shooter, too.

Hodges was one of 11 players in Division I ball this year, 6-foot-6 or shorter, to finish with 2.5 percent block rate, 2.5 percent steal rate, and a defensive rebound rate of 15 percent (18.5 percent).

Offensively, Hodges isn’t much of a spot-up shooter; he’s connected on just 27.5 percent of his career 3-point attempts (120 3PA). According to Synergy, Hodges posted an effective shooting rate of 39.3 percent on spot-up no-dribble jumpers.

Despite the wonky jumper, however, Hodges is still an impactful offensive player. He can run a pick-and-roll, slash to the basket, and attack in transition (66.7 FG%). Hodges was one of 20 player in the country this season, 6-foot-6 or shorter, to shoot at least 65 percent at the rim with 20 or more dunks.

During the 2019-20 season, East Tennessee State scored 0.73 points per possession when Hodges used a pick-and-roll or passed out to someone that finished the possession (137 possessions). As Wake Forest looks for players to help initiate offense next season — Brandon Childress gone, Jahcobi Neath in the transfer portal — this has some real appeal.

Assuming Houston Baptist grad transfer Ian DuBose remains committed, too, Wake Forest will have an experienced hand on the basketball — one that can score and create for others.