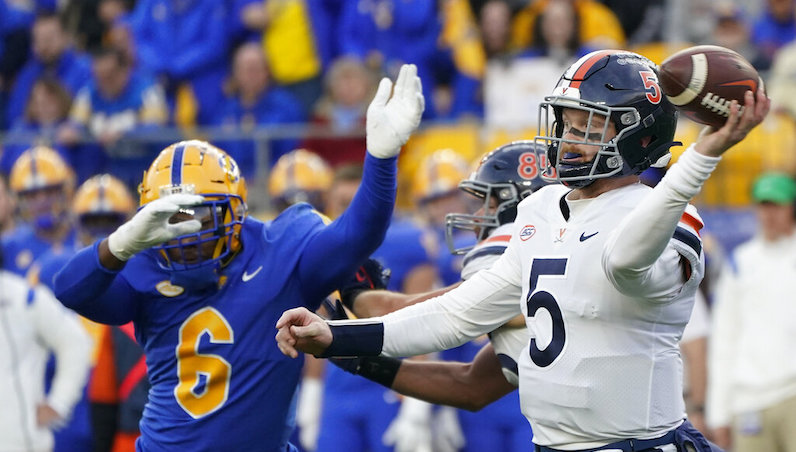 Hit the books, then hit the tackle sleds. For the second time in the last five days, Virginia football and Tony Elliott have landed a transfer offensive lineman from an elite academic institution. First, it was Mac Hollensteiner from Georgetown. Now, it’s John Paul Flores, an offensive lineman from Dartmourth.

Virginia was the first Power Five program to offer Flores; that offer was extended earlier in January. Flores committed this week following an in-home visit.

It seems as though Elliott and his staff are working to microwave an offensive line around star quarterback Brennan Armstrong, who will return for the 2022 season.

The Cavaliers passed the ball a lot last season; however, it came with a cost, too. Virginia ranked 13th among ACC teams while allowing 3.08 sacks per game.