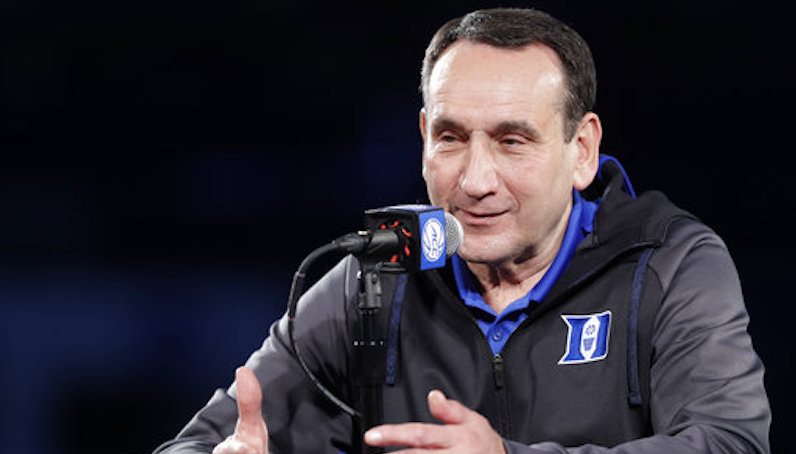 Once again, National Signing Day was significant for the future of Duke basketball. The Blue Devils inked two of their major 2021 commitments. Duke got signatures from 5-star forwards Paolo Banchero and AJ Griffin.

The 6-foot-7 Griffin, a power wing, committed to Duke last November. Griffin rates as the No. 7 prospect in the 2021 class, according to 247 Sports. However, Griffin could absolutely end up as the top player and the class; he’s in the conversation to be the No. 1 pick in the 2022 NBA Draft.

Banchero, 6-foot-9 and 235-pound power forward out of Seattle, ranks as the No. 3 overall prospect for the 2021 class. He committed to Duke in August — a little under three months ago.

Stud combo-forward Paolo Banchero officially signs with Duke. The Seattle senior is an absolute gem of a prospect. pic.twitter.com/en3grpYpWB

While Duke ultimately missed on 5-star forward Caleb Houstan, who committed and signed to Michigan, the Blue Devils are well-positioned with two other 5-star prospects. Duke remains the heavy favorite to land both Patrick Baldwin Jr., a 6-foot-9 sharpshooter from Wisconsin, and shooting guard Trevor Keels.

Virginia is in the mix for Keels, too.