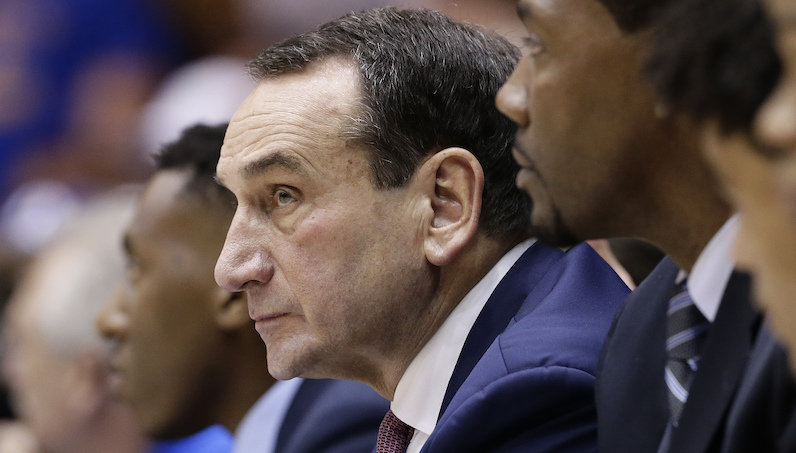 On the heels of a power 2020 recruiting class — ranked No. 1 nationally — Duke Basketball added its first 2021 commitment. It’s a good one, too: 5-star small forward AJ Griffin.

Griffin, who took an official visit to Duke in the middle of October, is a top-five player in the 2021 class, according to 247 Sports. The son of former NBA player Adrian Griffin — who played in the NBA for a decade and is now in his second season as an assistant for the Toronto Raptors — Griffin plays his prep ball for Archbishop Stepinac in White Plains, N.Y.

Griffin is the highest-rated prospect in the 2021 class to announce his commitment. Duke is in good position with several other high-level prospects in that class, too.

The 6-foot-7 Griffin is also prep teammates with guard R.J. Davis, a 2020 UNC commitment. Once again, Jon Scheyer was pivotal in a major commitment for Duke. That list of players includes Tre Jones, Cam Reddish and Vernon Carey Jr. — among others.

Beyond The Numbers: Why Tre Jones is set for a monster sophomore season in Durham