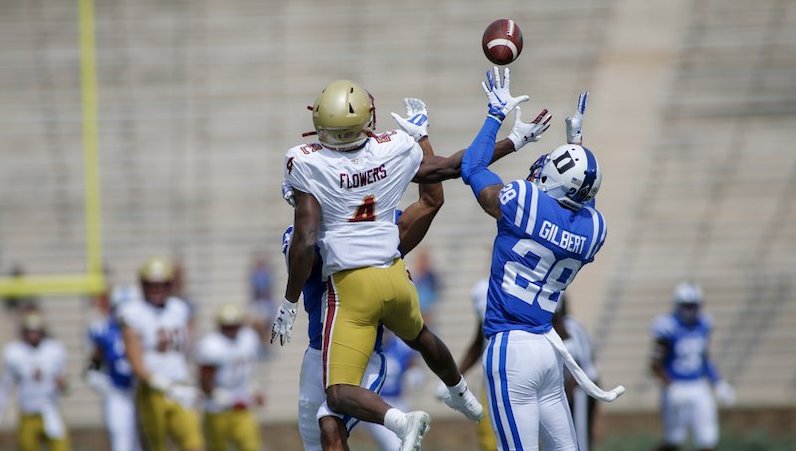 Mark Gilbert, one the true veteran defenders of the ACC, will opt out of the remainder of the 2020 season at Duke and prepare for the 2021 NFL Draft.

During his five seasons at Duke, Gilbert — when healthy — emerged as one of the ACC’s top defensive backs. However, following a Sept. 18 win over Northwestern, Gilbert underwent surgery on his hip. The injury cost him the remainder of the 2018 season and the entire 2019 season, too.

Back in the 2017 season, though, as a sophomore, Gilbert nabbed six interceptions (tied for fourth most in the FBS) and defended 20 passes, which was No. 1 in the ACC.

According to Football Study Hall, three of Gilbert’s 35 tackles that season were run stuffs — tackles at or behind the line of scrimmage. For his efforts, he was named first team All-ACC.

When he returned to the field in 2020, Gilbert recorded his first interception in three years — picking off Boston College quarterback Phil Jurkovec. One week prior, up at Notre Dame, Gilbert collected six solo tackles against the Irish.

Once again, unfortunately, Gilbert’s time on the field was short-lived. Gilbert was diagnosed with a loose bone fracture in his right foot; he underwent another surgery to address the injury, after which he was ruled out indefinitely. Gilbert hasn’t returned to the field since, and his college career is now over.

Blue Devils land at No. 14 in this week’s ACC Power Rankings