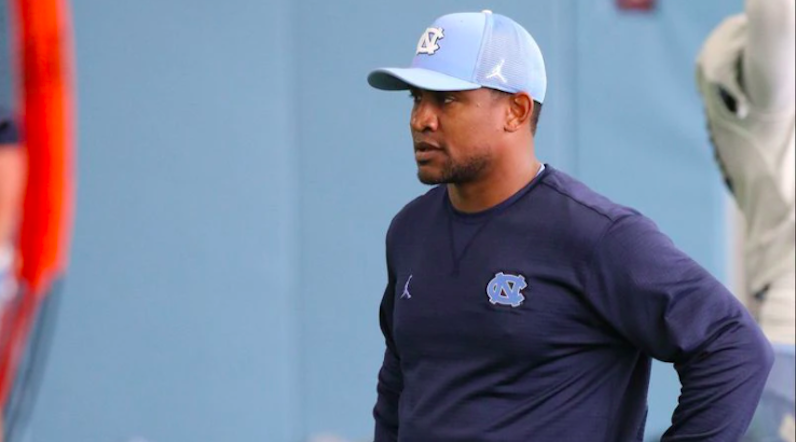 Daylen Everette, one of the most projectable defensive backs in the 2022 recruiting class, has a decision date set. On July 17, the 4-star cornerback will decide between a stacked group: North Carolina, Florida State, Clemson, Oregon and Georgia. Once again, it’s becoming routine for UNC to land in the contests: competing with blue-chip programs for blue-chip recruits.

It took no time for Bly, who joined Mack Brown at UNC in Dec. 2018, to emerge as one of the top recruiters in the ACC. He’s also a legend of the 757, which has helped establish a bit of a UNC footprint in the area.

At 6-foot-1, 185 pounds, Everette has good size for a corner; he’s also a fluid mover. It’s easy to scale his abilities up a level of play.

During his 2019 sophomore season in Norfolk, Everette intercepted 11 passes. He continued to perform while at IMG, too.

According to various rumblings, North Carolina is well-situated to land Everette; however, Clemson is right there, too. Georgia seems less viable, but the Bulldogs can’t be counted out, either.

North Carolina has nine commitments in its 2022 class, including three 4-star defender. That group includes Tayon Holloway, another 4-star defensive back from Virginia Beach. Holloway committed to UNC last December. If the Tar Heels were to land Everette, though, he would quickly become the top overall prospect in their 2022 class.