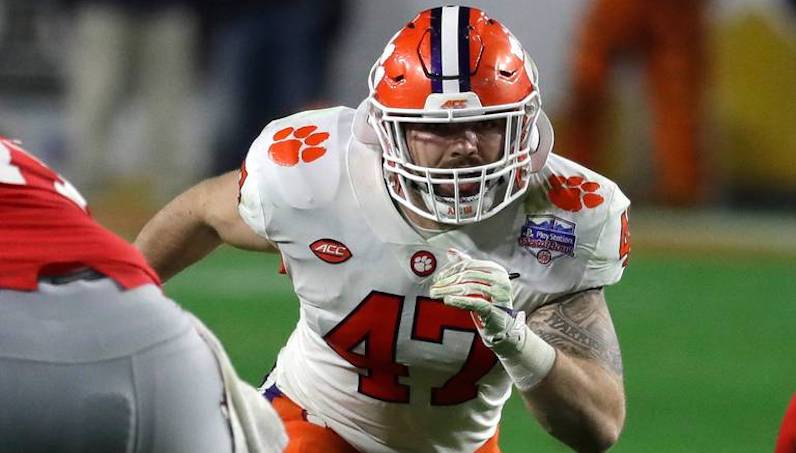 Clemson will be without one of its defensive lynchpins the next few weeks; according to head coach Dabo Swinney, starting linebacker James Skalski has a groin injury. A recent MRI revealed more significant damage to his knee, which will require surgery and cause Skalski to miss the next few games. The Tigers play Boston College this weekend in Death Valley before heading to South Bend for a matchup with No. 5 Notre Dame (11/7).

Skalski, who sat out the Syracuse game, has 20 tackles on the season, which ranks 3rd on Clemson’s roster, including 1.5 for loss. During the 2019 season, Skalski finished second on the team with 105 tackles (7.5 for loss); he also recorded 4.5 sacks.

News out of Clemson: LB James Skalski will miss a few games (groin). Clemson travels to Notre Dame next week.

Obviously no Skalski going up against Notre Dame would be a tough pill to swallow, especially with running back Kyren Williams doing his thing. However, Skalski isn’t the only Clemson backer that could miss time. Redshirt sophomore outside linebacker Mike Jones is currently day-to-day, too.

Clemson LB Mike Jones Jr. is day-to-day, Dabo Swinney says. "He could play, he may not play. I don't know." Brutal week for Clemson's LBs if he's also unavailable.

Jones has emerged early this season as a new, versatile playmaker for Clemson’s defense: 15 tackles (2.5 for loss), one forced fumble and one interception, which came last Saturday against Syracuse.

Tigers once again land at No. 1 in this week’s ACC Power Rankings