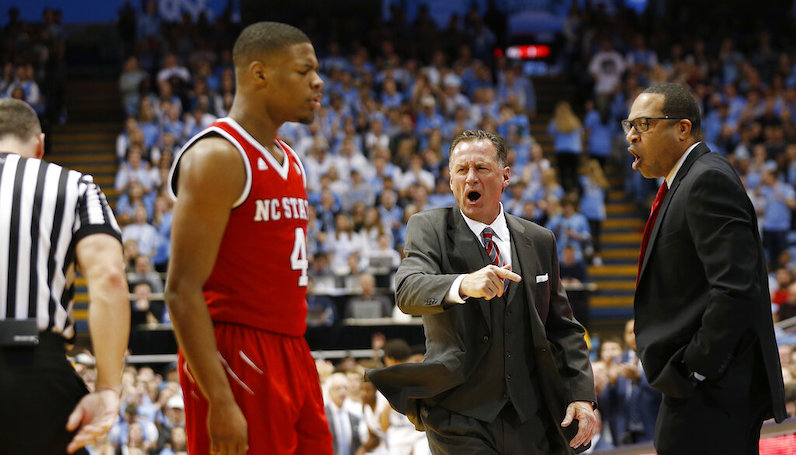 The NC State men’s basketball program will not be hit with a postseason ban resulting from the violations case surrounding former point guard Dennis Smith Jr. The ruling comes via the NCAA Independent Resolution Panel.

There can be no appeal, either.

Additional penalties include, for NC State: a reduction of one scholarship for next season and a $5,000 fine.

In a process that’s dragged on for years, the IARP has ruled that the Wolfpack are still eligible for the 2022 postseason. However, former head coach Mark Gottfried has been hit with a one-year show cause penalty, while former assistant coach Orlando Early now has a six-year show cause.