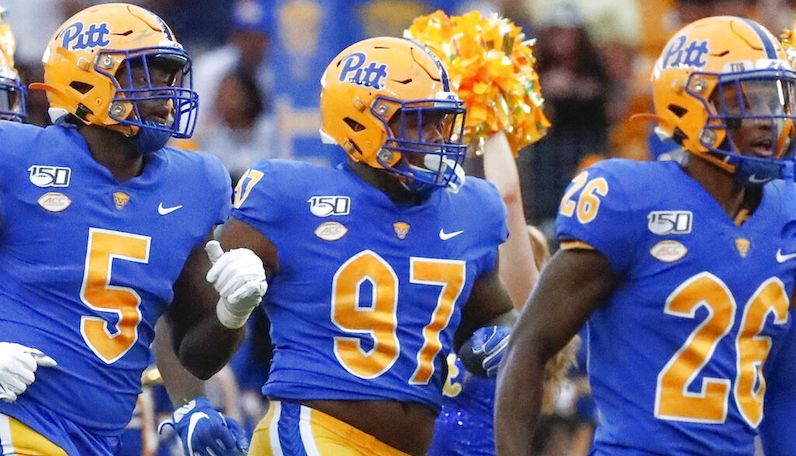 This Aug. 31, 2019, file photo shows Pittsburgh defensive lineman Jaylen Twyman (97) as he takes the field with his team to play an NCAA football game against Virginia in Pittsburgh. (AP Photo)

After a brilliant 2019 season, Jaylen Twyman will opt out of the 2020 season at Pittsburgh and start to prepare for the 2021 NFL Draft.

As more and more college football players choose to opt out of the 2020 season due to COVID-19, a greater spotlight will be put on the stars of the sport who elect to go that path. Virginia Tech’s Caleb Farley, the top defensive back in the ACC, was the first in the league to opt out; a few days later, Miami sack master Gregory Rousseau followed suit.

On Saturday, Twyman, one of the league’s top defensive talents, announced his decision on Twitter.

(For a complete list of ACC football players that will opt out of the 2020 season, check here.)

During the 2019 season, Twyman bagged 10.5 sacks (No. 3 in the ACC) and 41 tackles, including 12 for a loss. As a sophomore, Twyman’s performance earned him first team All-ACC honors; he was also named second team All-American.

After redshirting in the 2017 season, Twyman appeared in 13 games in the 2018 campaign, making one start (Duke).