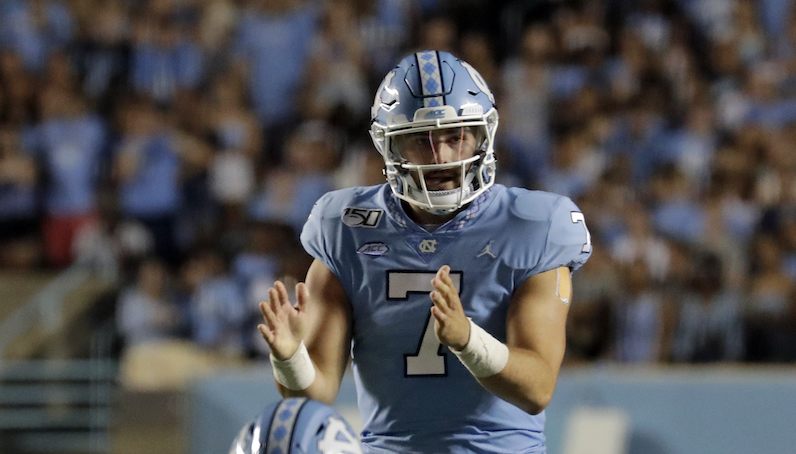 The official 2020 ACC football schedule was released for all 15 teams on Thursday. The schedule included dates and non-conference opponent information, too: 11 games (10 conference, one non-conference matchup) over 13 weeks, starting Sept. 10.

As far as the title game goes, the 2020 ACC Football Championship Game will be played Dec. 12 or 19 at Bank of America Stadium in Charlotte, North Carolina.

For the first time since 2013, Duke and NC State will play one another. Duke hasn’t played at Carter Finley Stadium since 2009, when a guy named Russell Wilson played quarterback for the Wolfpack. Amazingly, this will be just the second time that David Cutcliffe has taken on NC State in Raleigh

The Blue Devils conclude the regular season at home to Florida State. This will be the first time since 2001 that Duke’s schedule featured a regular season game in December.

Duke also kept its scheduled matchup with Charlotte on the slate for 2020. During the 2019 season, Charlotte went 7-6 and competed in the Bahamas Bowl.

The appearance of Liberty will certainly raise some eyebrows.

Four of NC State’s first six games are on the road, capped by an Oct. 24 rivalry matchup in Chapel Hill with North Carolina. Of that first half-dozen of games, the Week 2 matchup with Wake Forest looms as an important one.

However, on the back end of that, four of NC State’s final five games, including a Friday night matchup with talented Miami, are at home.

Miami and Florida State on back-to-back weeks is tough sledding, but both games will take place in Raleigh.

A few observations on the schedule:

• As previously noted: former VT assistants Charley Wiles and Brian Mitchell will have their first game at NC State against their former team.
• Four of the first six on the road, four of the final five at home.
• Liberty is the plus-one.

Before the wrecking ball that is the COVID-19 pandemic, and before the ACC reshuffled its football schedule, North Carolina had a schedule that was incredibly front-loaded. The Sept. 4 game with Central Florida is gone. The Chick-Fil-A Kickoff Game against Auburn is off the table, too.

Can the offense, led by Sam Howell and plenty of talent at the skill positions, pick up where it left off in 2019?

North Carolina is one of two ACC teams yet to announce its lone non-conference matchup. Clemson is the other team.

Coming down the stretch will be the real challenge for the Tar Heels. After an open week, UNC will host Notre Dame — the league’s second best time, on paper — on Friday, Nov. 27. (Could this have ACC title game implications?) Following that, North Carolina must travel south for a matchup with a Miami squad that’s loaded defensively.

Losing the Wake Forest-Appalachian State matchup is a bit of a bummer to those in the western part of the state; however, the two program agreed to postpone and add two more future games. Now Wake Forest and App State have three future matchups on the docket: two in Winston-Salem, one in Boone.

Launching the 2020 season against Clemson is no small task, either.

Wake Forest doesn't play a single opponent that it has a winning record against in series history.

Every ACC opponent historically has a winning record against the Deacs. ODU and Wake have never played.