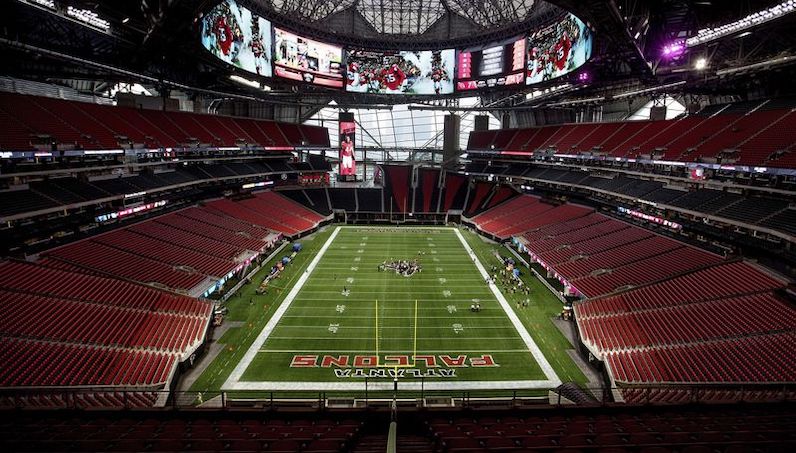 Amidst budget cuts and cancelled seasons, the college sports world is scrambling to adjust to the chaos of the COVID-19 pandemic. Some conferences, like the Big 10 and Pac-12, have announced decisions to play a conference-only schedule in football for 2020. The ACC could follow that path — with some potential exceptions, though.

As of right now, the three Chick-fil-A Kickoff games set to open the 2020 college football season are still scheduled. All three of those games — set for Mercedes-Benz Stadium in Atlanta — feature an ACC team.

Under normal circumstances, that would be a fun way to usher in the fall and onset of a new college football season. The paradigm, however, has shifted with COVID-19.

According to Gary Stokan, CEO and President of Peach Bowl, Inc., all three of those games remain as scheduled. This could change, though, if the conferences involved in the games — the ACC, SEC and Big 12 — pivot in terms of scheduling.

Additionally, Stokan joined 680 The Fan in Atlanta on Tuesday morning to discuss matters. Stokan mentioned that these games will require the presence of fans, which is important. According to Stokan, the planning committee has different seating capacities in place.

For Chick Fil A kickoff games to happen,they have to have fans. Gary Stokan just told us they have 25%, 30% & 50% capacity scenarios in play @MBStadium @680TheFan

According to a COVID-19 risk model from Georgia Tech: if you’re in a group of 100 people in Fulton County, there’s a 99 percent chance that at least one COVID-positive individual will also be present.

For groups of 50 in Fulton County, that hovered around 84 percent last week. This week, however, it’s up to 88 percent.

New model from Georgia Tech. What’s the Covid risk from a crowd? If you’re in a group of 50 you have a:

98% chance if in Phoenix

Due to the viciousness of this virus, the lack of credible federal response, and the idiotic and dangerous decision-making of Republican Gov. Brian Kemp, Georgia has proven to be a hotbed for COVID-19. The city of Atlanta has been hit particularly hard; hospitals in the city this week had to divert patients to other hospitals due to full ICUs. During the month of July, new COVID cases have risen 45 percent in Georgia.

In recent months, Kemp has emerged as a national figure — for all of the wrong reasons. This includes Kemp’s decision to reopen the state in late April. So far, nearly 3,200 Georgians have died because of COVID-19, according to the Georgia Department of Public Health.

For now, these three games are still on as scheduled, but as conditions worsen, a lot of tough decisions will be made over the next two weeks. Money will be lost; thousands of lives could be impacted. Either way, by the end of July, there should be some more resolute decisions in place.