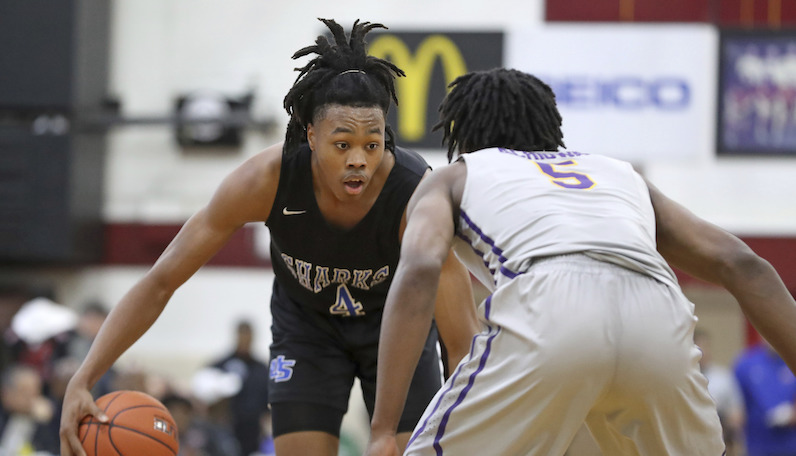 Two weeks after an official visit to Tallahassee, Scottie Barnes has committed to Florida State. Barnes, a 5-star small forward, is ranked as a top-10 player in the 2020 recruiting class.

Kentucky was scheduled to host Barnes for an official visit this weekend; Oregon, Miami and Ohio State were also in the running for Barnes.

Barnes plays his prep basketball for Montverde (Fla.) Academy, a high school basketball powerhouse. He’s ranked as the No. 9 overall prospect in 2020, according to 247 Sports. Florida State now his three commits in its 2020 class, including multi-sport star Malachi Wideman.

During this summer, Barnes played a key role for Team USA in the FIBA U19 Men’s World Cup. While coming off the bench, Barnes played over 20 minutes per game and averaged 9.7 points and 4.9 rebounds, while shooting 54 percent from the field.

With the commitment of Barnes, seven of the top 30 players in the 2020 class have committed to ACC programs. Of that group, Barnes is the second highest rated commitment — behind only Jalen Johnson, who pledged to Duke.

Trent Forrest on where he stands before his senior season