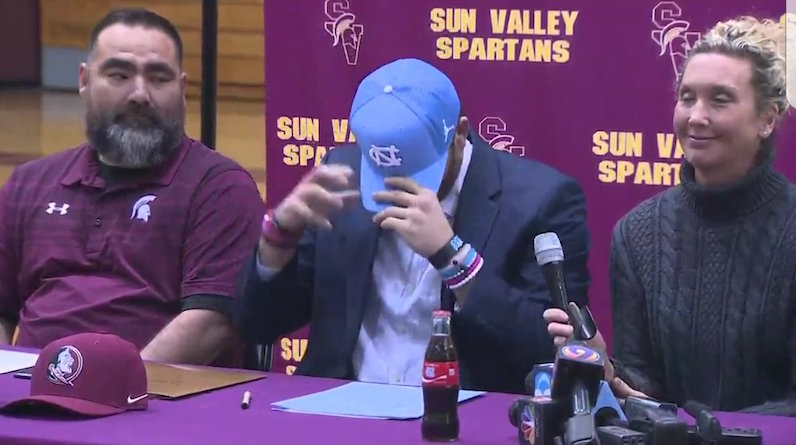 Back in April of this year, 4-star quarterback Sam Howell — one of the top prospects in the state of North Carolina — committed to Florida State. At the time, it was a big get for Willie Taggart as he worked to build his second recruiting class at FSU. However, much has changed since then.

Howell, a top-100 prospect and the No. 2 player in the state of North Carolina, has pivoted and committed to UNC.

This season was a struggle for Florida State; the Seminoles went just 5-7, and will miss a bowl game for the first time since 1981. After the season, Florida State’s offensive coordinator, Walt Belt — who led Howell’s recruitment — left for the head coaching position at UMass.

North Carolina, of course, parted ways with Larry Fedora, and hired Mack Brown. Quickly, this opened the door for UNC. And just like that, Brown has his first signature commit while back at North Carolina.