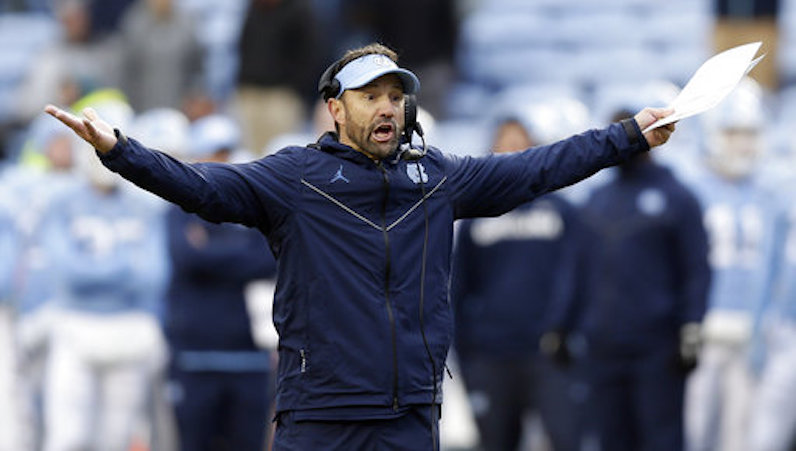 Less than 24 hours after his team’s overtime loss to NC State, Larry Fedora has been fired by North Carolina. After seven seasons in Chapel Hill, Fedora will not be retained. Athletic director Bubba Cunningham informed the players of the news on Sunday morning.

#UNC has officially announced that Larry Fedora will not be retained.

Fired without cause, North Carolina will owe Fedora north of $12 million. There is some offset language, though. If Fedora lands another coaching job, or does some television work, that number would be reduced. North Carolina plans to pay that sum out over the next four years.

During his time at UNC, Fedora posted a record of 45-43; the Tar Heels went 28-28 in the ACC in that span, too. His teams went to four bowl games; back in 2015, North Carolina won the Coastal Division and played Clemson in the ACC Championship game.

However, over the last two seasons the Heels struggled. In 2017, UNC went just 3-9 overall with only one ACC victory. This season, North Carolina slumped further: 2-9, punctuated with the 34-28 home loss to NC State. Four of North Carolina’s five wins over the last two seasons came against Pittsburgh and Western Carolina. UNC went just 2-14 against the ACC in that span of time.