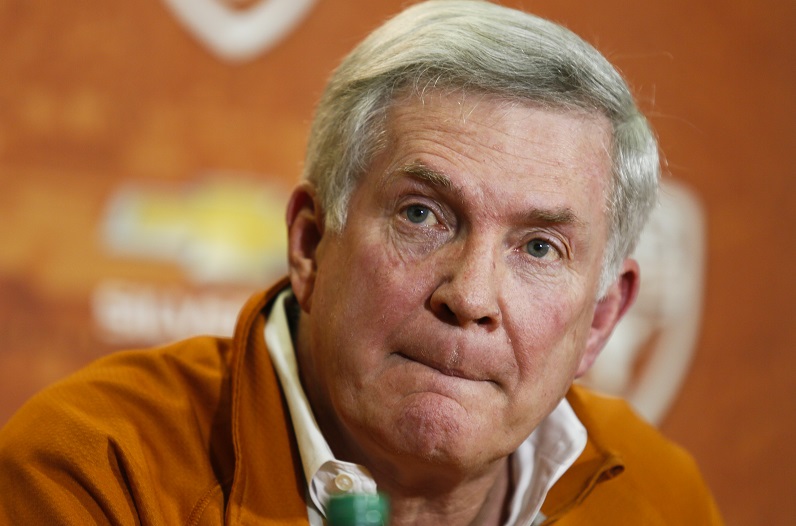 Mack Brown announces that he is stepping down as head football coach at the University of Texas in Austin, Texas on Sunday, Dec. 15, 2013. The Longhorns have had four straight seasons with at least four losses. Texas went 8-4 this year and Brown's final game will be the Dec. 30 Alamo Bowl against Oregon. (AP Photo/Jack Plunkett)

What’s old is new again — reportedly. According to Inside Carolina, North Carolina plans to hire Mack Brown as its next football coach. This comes one day after the university decided to part ways with Larry Fedora after seven years. The announcement is schedule to take place on Tuesday (Nov. 27).

(It’s time to cue up the Mack Morrison, it seems.)

After his time at UNC, Brown went on to coach Texas for 16 seasons — achieving all kinds of success. Those Longhorns teams went 158-48 in Brown’s tenure; on two occasions Texas played in the national title game. The 2005 team, led by Vince Young, claimed victory over USC; a few years later, the 2009 team fell to Alabama.

For the past few seasons, since he left his post as head coach of Texas, Brown has worked as college football analyst for ESPN. According to IC, he’s currently in the process of assembling a staff.