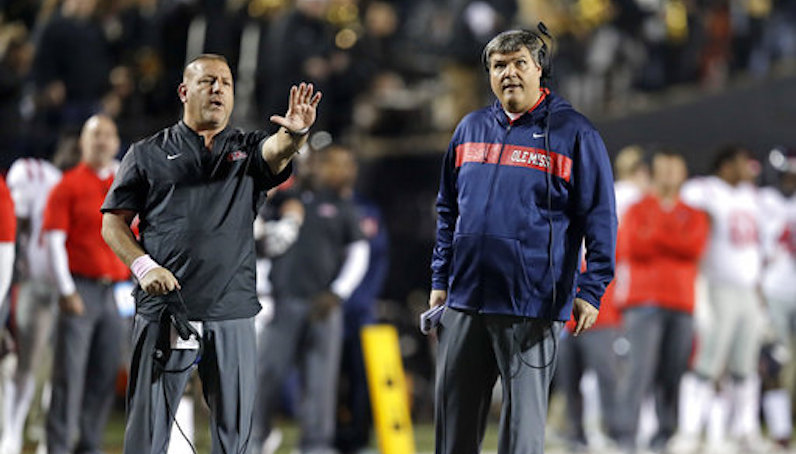 According to multiple media reports now, North Carolina will hire Phil Longo to be its new offensive coordinator. Longo will be joined in Chapel Hill by other offensive assistants — Texas Tech offensive line coach Brandon Jones and Louisville wide receiver coach Lonnie Galloway. Bruce Feldman was the first to report the news.

SOURCE: #OleMiss OC Phil Longo will become the new offensive coordinator at UNC for Mack Brown who is going Air-Raid.

While at Ole Miss for the past two seasons, Longo’s offenses have been exceptional. Prior to that, his Air Raid approach to offense worked wonders for Sam Houston State on the FCS level, too. In 2018, Longo’s offense scored 33.9 points per game, which ranks 33rd in the FBS.

Ole Miss averaged 2.4 points per drive in the last 2 years, 4th in SEC.

Longo will join Mack Brown’s staff, but he also has a connection with another former UNC football coach; he played college ball for John Bunting at Rowan University (1988-91). He’s well traveled and has spent time at a handful of schools, including Slippery Rock, Southern Illinois, Minnesota-Duluth and Youngstown State.