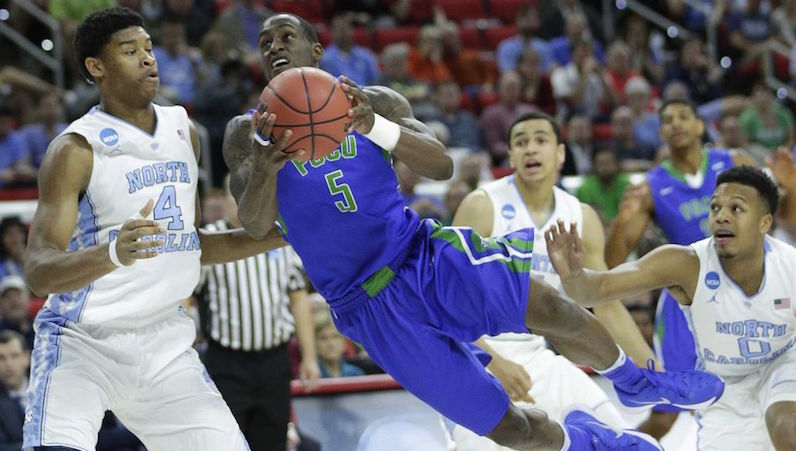 Over the last decade of ACC basketball, few coaches have utilized transfers better than Jim Larrnaga. As Coach L has built Miami into a perennial NCAA Tournament team, the Hurricanes have frequently relied on the contributions of transfers.

The 2013 team, which won the ACC, was powered up front by Florida transfer Kenny Kadji; later on, Angel Rodriguez, a Kansas State transfer, led Miami in assists for two straight seasons (2014-16) — both times helping the Canes get to the Big Dance.

Well, Miami is once again loading up. Earlier this week, The U added commitments from Oklahoma transfer Kameron McGusty and Anthony Mack, formerly of Wyoming. Three’s the magic number: Miami has also added a commitment from Florida Gulf Coast grad transfer Zach Johnson.

With guards Bruce Brown and Lonnie Walker headed to the NBA, and Ja’Quan Newton out of eligibility, Johnson adds skill at a position of need. On paper, he looks like an excellent partner to pair in the backcourt with Chris Lykes.

Johnson has 103 career games to his name — to go along with 1,344 career points; as a junior this season, he averaged 16.1 points. Playing alongside high-usage point guard Brandon Goodwin in 2017-18, Johnson posted an above-average usage rate of 22.8 percent, according to KenPom.

What should jump out about Zach Johnson most to Miami fans: his range shooting. This year’s Hurricanes shot 36.4 percent on three-pointers, which ranked No. 98 in the nation. Only 36 percent of Miami’s field goal attempts came from beyond the arc, too. (No. 206 in Division I)

He’s especially dangerous off the catch, which should work nicely next to Lykes pick-and-rolls in Miami’s offense. According to Synergy Sports, Johnson shot 42 percent (62.9 eFG%) and scored 1.27 points per possession (No. 91 in the nation) on catch-and-shoots.

Nearly 25 percent of Johnson’s possessions this season were out of the pick-and-roll, per Synergy; this should fit well into Miami’s offense, too.

What can OU transfer Kam McGusty add to Miami’s offense?