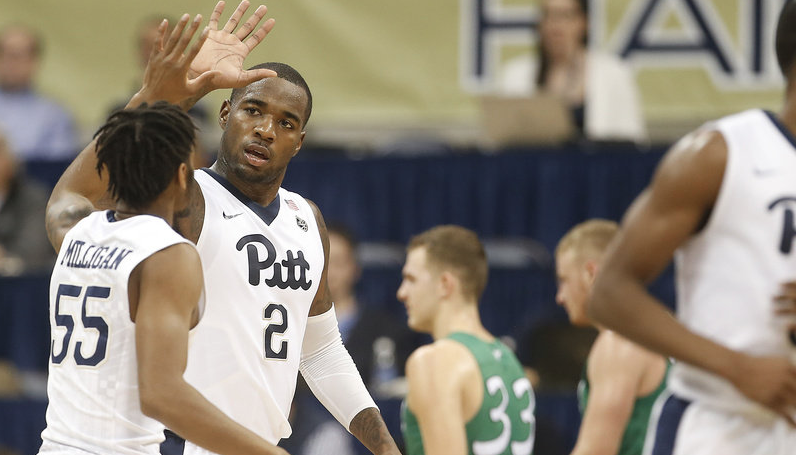 Michael Young ranks second in the ACC in scoring with 21.1 points per game. (AP Photo).

There isn’t a team in the nation that wouldn’t want Michael Young on its roster — period.

Times have been turbulent in Kevin Stallings’ first season at Pittsburgh, but despite the team’s up-and-down campaign, Young has been consistently excellent — teaming up with longtime friend Jamel Artis to form the ACC’s most potent one-two scoring punch.

Young ranks No. 1 in the ACC in usage rate: when he’s on the court, 32 percent of Pitt’s possessions end with the senior forward shooting, getting fouled or turning the ball over. Young is stingy with the basketball, though, and rarely coughs it up; he boasts a turnover rate of 13 percent, according to KenPom.com.

The Duquesne, Pa., product frequently operates in isolation; according to Synergy Sports, more than 22 percent of Young’s possessions have been isos. Young is especially good when driving to his right. He’s shot 62.5 percent on such attempts, scoring a robust 1.21 points per possession, which ranks second in the ACC — behind only Miami’s Ja’Quan Newton.

After attempting just 57 career three-pointers during his first three seasons at Pitt, Young has exploded from deep this season — connecting on 28 of 69 (40.6 percent) three-pointers. During his first 103 games in a Pitt uniform, less than seven percent of Young’s field-goal attempts came from beyond the arc. This season, however, his three-point attempt rate has jumped to 24 percent.

The Panthers create matchup problems with an unconventional lineup that features Jamel Artis, the league’s leading scorer, as the de facto point guard. Artis draws a crowd, which can leave Young open for those prime catch-and-shoot opportunities. Young has made 52.4 percent of his “unguarded” catch-and-shoots, per Synergy — a figure on par with some of the conference’s prominent long-range snipers, like North Carolina’s Kenny Williams (52.9 percent).

There’s no question that Young has expanded his game — becoming a powerful one-on-one player with serious face-up shooting range. That makes him an intriguing NBA prospect. However, he’s also not afraid to dip back into his old bag of tricks. Young doesn’t hit the glass quite like he used to; two years back, he finished third in the ACC in offensive rebounds. When he does attack the glass, however, Young finds offense. He’s shooting just a shade under 69 percent of putbacks following offensive boards and scoring nearly 1.4 points per possession, which ranks 13th in the ACC this season.

Sticking with bully-ball: Only 13 players in the ACC have recorded at least 40 post-ups in 2016-17. Of that group, Young ranks No. 1 in the conference in points per possession (1.104) and field-goal percentage (61.5 percent). When he is single-covered in the post, Young scores 56.3 percent of the time, according to Synergy, which is also tops in the ACC. That’s as close to automatic as you can find in college hoops.

The Panthers need to turn their season around in a hurry if they want to have even an outside chance at making the NCAA tournament. Regardless of the record, though, Young will go down as one of the greatest Panthers in program history. He will almost certainly end his career in the top 10 of Pitt’s all-time scoring list, and he has a decent shot (no pun) at landing inside the top five, while putting the finishing touches on one of the best individual seasons in the ACC.