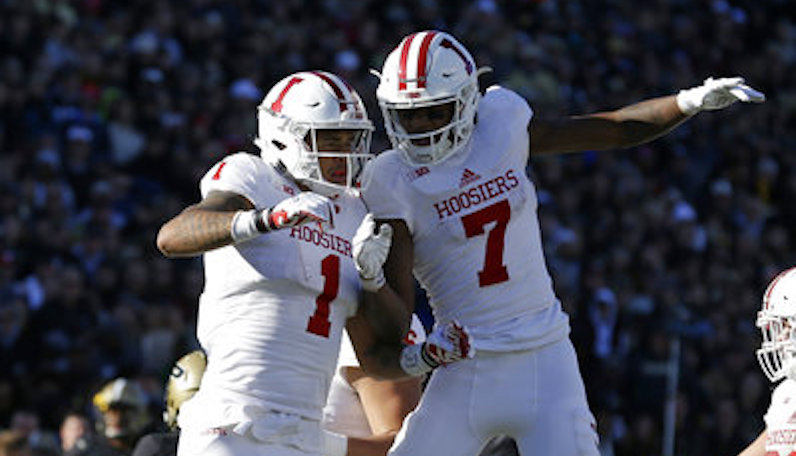 Late last week, Pitt football got some excellent news: Indiana transfer wide receiver Taysir Mack would be eligible to play in 2018. According to our friends at Pittsburgh Sports Now, Mack has been the team’s top receiver in offseason workouts. After transferring to Pitt in January, Mack participated in spring drills.

The offense is quarterback Kenny Pickett’s show to run, although backup Ricky Town — a former blue-chip recruit — provides some intrigued to the position, too. Regardless of who takes snaps under center for the Panthers, you can bet that Mack will be a big part of the picture.

As a freshman in 2017, Taysir Mack was the third most targeted receiver on Indiana’s roster; the 6-foot-2 wideout caught 23 of 45 targets (51.1 percent catch rate) for 310 yards (6.9 yards per target) and three touchdowns, per Football Study Hall.

Mack started eight games; his best game of the season came in the final week against Purdue. In a loss to the Boilermakers, Mack was targeted 12 games; he caught seven balls for 132 yards (18.9 yards per catch) and a touchdown.

With Jester Weah gone, the leading returning Pitt receiver is Rafael Araujo-Lopes. Araujo-Lopes posted 43 catches on 59 targets (72.9 percent catch rate) for 531 yards and two touchdowns. He’s more of slot receiver, built to work the underneath channels; this should be a good way to augment the vertical routes of Mack.

Can Shamiel Stevenson be a matchup nightmare for Pitt in 2018-19?