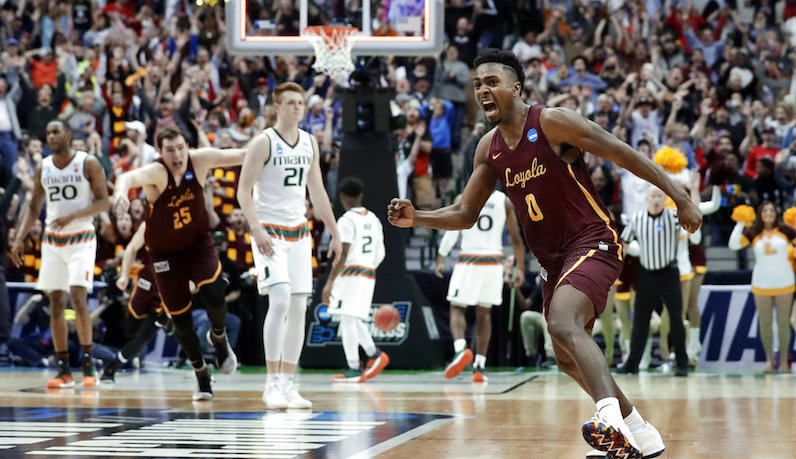 Loyola-Chicago guard Donte Ingram (0) celebrates sinking a 3-point basket in the closing seconds of the second half of a first-round game against Miami at the NCAA college basketball tournament in Dallas, Thursday, March 15, 2018. Loyola-Chicago won 64-62. (AP Photo/Tony Gutierrez)

After Lonnie Walker missed the front end of a one-and-done, Loyola Chicago had nine second left to make some magic happen. The Ramblers got just that.

Senior forward Donte Ingram caught the ball with a little under three seconds left. Miami’s defense scrambled out, but it was too late. Ingram, a 4o percent three-pointer shooter, sealed the upset with 0.3 seconds.

This is an upset, yes. However, Miami wasn’t a heavy-favorite; Loyola Chicago — champs of the Missouri Valley Conference — had 49 percent chance of winning, per KenPom.

Loyola Chicago advances to the second round, and will now face Grant Williams and Tennessee.