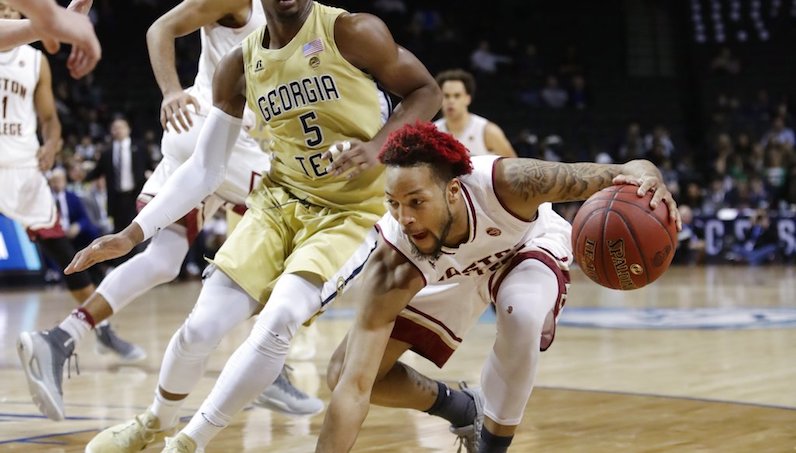 If Ky Bowman was upset about being named to just Honorable Mention All-ACC, he made sure to express it on the floor in Brooklyn.

Bowman was outstanding in the ACC Tournament’s opening game, a 10-point win over Georgia Tech — 26 points, 10 rebounds and six assists. Bowman went 10-of-13 from the free throw line; and while he didn’t make a three-pointer (for just the fourth time this season), Bowman went 8-of-11 on attempts inside the arc. He was especially good finishing at the rim, around Georgia Tech shot-blocker Ben Lammers.

Here’s the kicker: All eight of Ky Bowman’s field goals came out of the pick-and-roll, per Synergy Sports. That’s very much on brand for Bowman, too. The 6-foot-1 point guard has developed into one of the best pick-and-roll scorers in the nation — along with his teammate Jerome Robinson.

According to Synergy, Bowman shot 37.4 percent out of the pick-and-roll this season — scoring 142 total points, third most in the ACC. Only Matt Farrell (165) and Tyus Battle (153) produced more.

After the win over Georgia Tech, Boston College moves on to face NC State, Wednesday afternoon in Brooklyn. Tipoff is set for 2.pm. NC State defeated Boston College two weeks ago in Raleigh; Bowman scored 21 points in the losing effort.